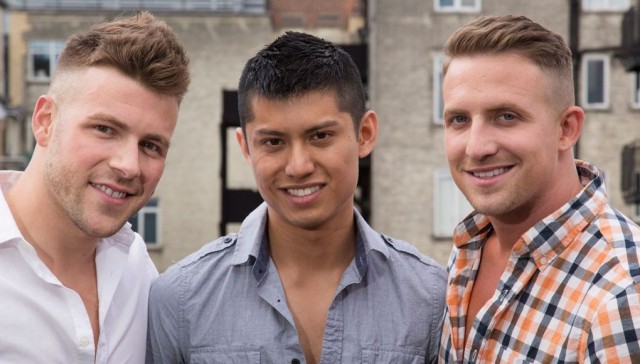 Studies reveal that gay men like to be in an open relationship more than in a monogamous one. Maybe you’ve read the stories about relationships where there were three men, not two. And their stories were depicting successful relationships. Now studies confirm this tendency of gay men to be involved with more than one man.

The research made in Victoria, Australia, questioned 2886 gay men, out of which 32% were in open relationships. 31% said they were in monogamous relationships while 23% revealed that they have sex casually. 14% of them said they were not having sex.

The study also revealed that gay men use hook up apps more than they did few years ago. 48% of them said they use Grindr and Scruff to meet men, that is up with 13% in comparison with year 2012.

29% said they were using bars to meet gay guys, while 29% are going to the sauna for this reason.

Another interesting outcome of the study showed that gay men care more for their health, as the percentage of gay men who have at least one HIV test has raised from 11,9 in 2012 to 22,8% last year.

‘In these results we can see how testing behaviour is changing,’ Colin Batrouney, the Victorian Aids Council’s director health promotion, policy, and communications, said.
‘The proportion of gay men who have had at least three HIV tests in the previous 12 months has almost doubled over the past five years.
‘Testing every three months is particularly important if you’re having sex with a lot of different guys, and these look like the kind of men who are testing more frequently.’