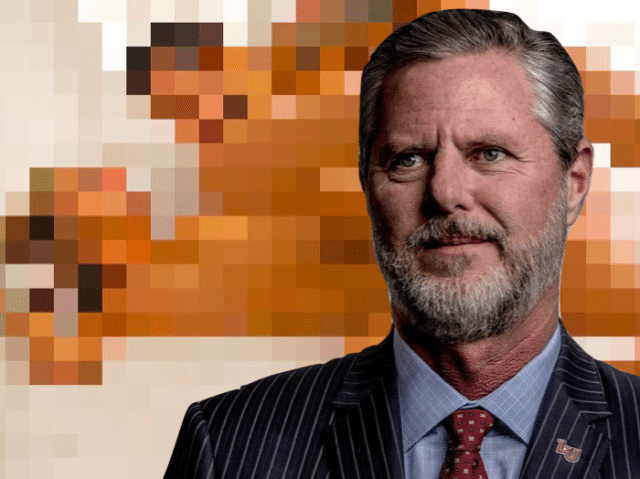 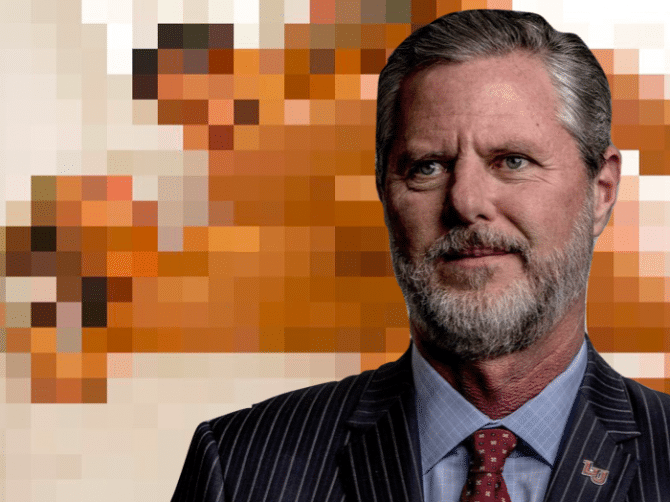 Both the Miami Herald and The New York Times published reports this week with lurid new details regarding the Jerry Falwell Jr. x-rated photos scandal that broke earlier this year.

Quick backstory: In May, Reuters reported that the evangelical leader contacted Michael Cohen, Donald Trump’s longtime personal attorney, for help regarding an “embarrassing personal matter” involving him, his wife, Becki Tilley, and their 20-something pool boy, Giancarlo Granda, in 2016.

Rumor had it, Granda had somehow gotten his hands on some scandalous photos of Falwell and was blackmailing him to the tune of $1.8 million, and Falwell needed Cohen’s assistance in navigating the situation.

Naturally, as soon as the story broke, Falwell denied the whole thing, telling Fox News, “There are no compromising or embarrassing photos of me,” and rushing out a statement saying he had never employed Michael Cohen to represent him in any legal matters.

Within a week or so, the story died. The end.

And then this week came the sequel!

On Wednesday the Miami Herald confirmed that the photos do, indeed, exist and that they feature Falwell’s wife “in various stages of undress.”

There are three photos total. Two of them were taken at the family’s farm in Virginia and the third was taken at a vacation lodge in Islamorada, Florida.

So when Falwell said, “There are no compromising or embarrassing photos of me,” he wasn’t completely lying. The photos weren’t of him, they were of of his wife. 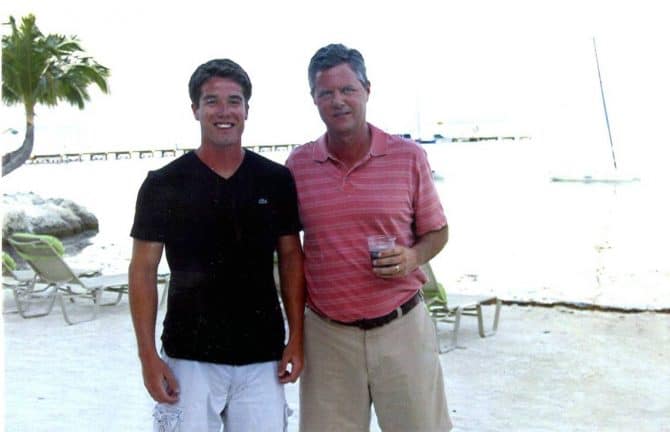 According to the Herald, the Falwells met Granda while vacationing at the Fontainebleau hotel in Miami Beach, where he was working as a pool boy.

As the relationship deepened, the Falwells agreed to lend Granda $4.7 million so he could purchase a youth hostel, which also included a restaurant and a liquor store, in the Miami area.

Because lending $4.7 million to some random young man you and your wife met at a hotel is a totally normal thing, right?

Anyway, Granda purchased the hostel and everything appeared to fine for a while. Grada upgraded the property and co-managed it with another business partner. But then something–it’s not clear what–happened, and his relationship with the Falwells soured.

Then, according the New York Times, someone–possibly (read: probably) Granda–got ahold of “personal” photos of Tilley and used them to try and blackmail the Falwell, which is when Michael Cohen purportedly got involved.

Falwell hired him to make the whole thing go away.

According to the Times, in a recorded phone call between Cohen and comedian Tom Arnold, Cohen said: “There’s a bunch of photographs, personal photographs, that somehow the guy ended up getting–whether it was off of Jerry’s phone or somehow maybe it got AirDropped or whatever the hell the whole thing was.”

Cohen didn’t say who “the guy” was, but he did reference a “pool boy” later in the call.

He went on to tell Arnold he was going to pay “the guy” off but ultimately didn’t have to because he ended up just deleting them freely on his own.

For his part, Granda has denied knowing anything about anything, releasing a statement in May saying he had “no idea about the alleged ‘personal photographs’” of Falwell and that he definitely never tried blackmailing the evangelical leader.

Clearly, there are still a lot of missing pieces to this puzzle. But we’re sure it will all come together eventually.