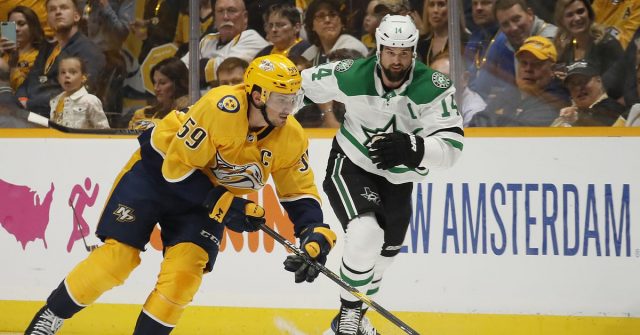 During this time of year, only one NHL team gets to hold the parade that every player strives for. This year, the St. Louis Blues were the lucky ones getting to celebrate a Stanley Cup championship with a victorious (and occasionally vomitous) procession through their city.

But during June, several other NHL players are participating in parades equally significant to their home communities. In an effort to connect to their LGBTQ fanbases, four active NHL players are marching in their cities’ Pride Parades in 2019.

Continuing a personal tradition, Washington Captials goaltender Braden Holtby once again took part in DC Pride on June 8th. After missing last year’s celebration due to his own team’s Stanley Cup run, Holtby returned this year to participate in his third Pride Parade. 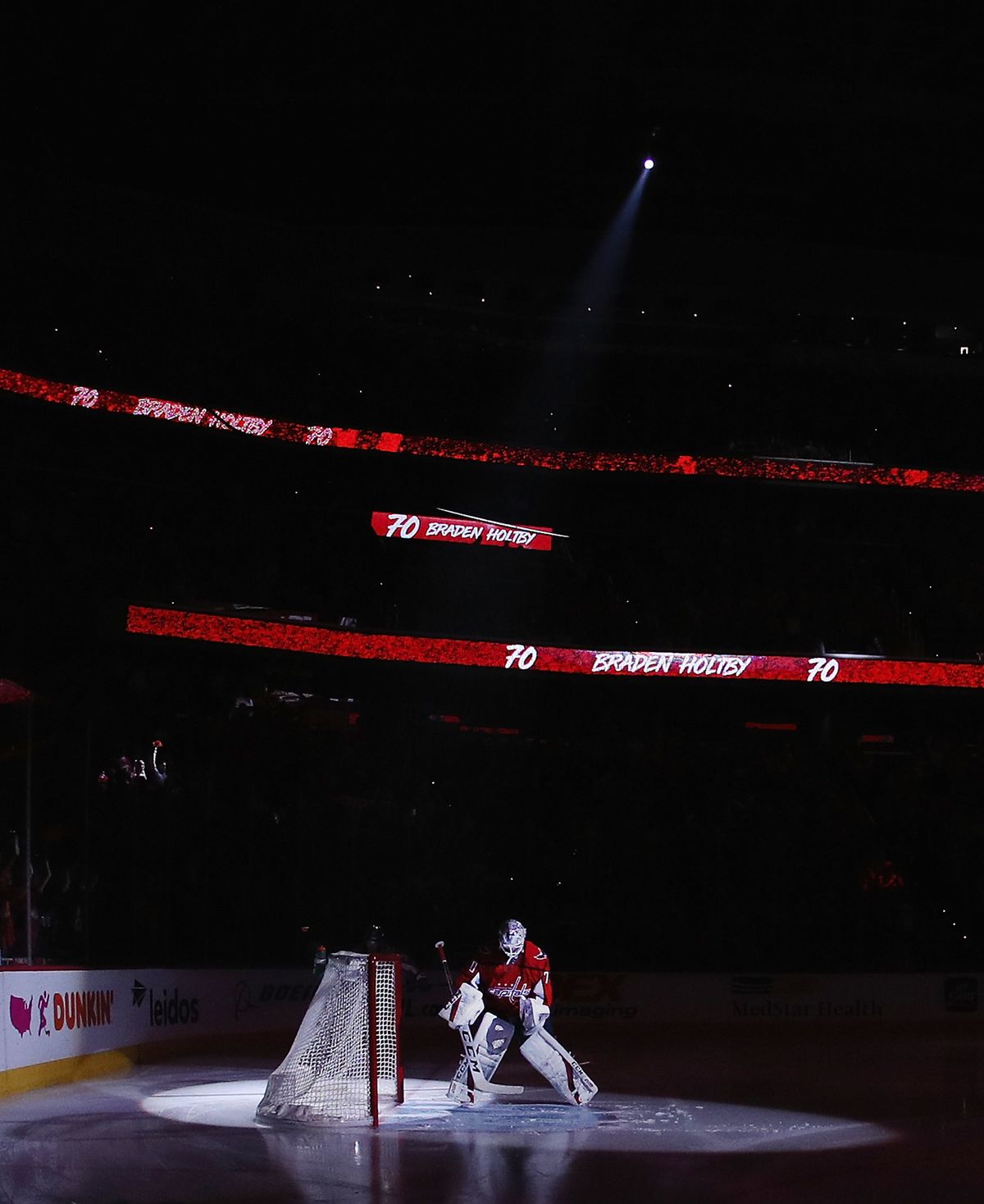 Braden Holtby, presumably getting ready to lip sync for his life.Photo by Patrick Smith/Getty Images

And the significance of his repeated appearances wasn’t lost on the Washington netminder, as he explained:

“From the first year we were able to do it, you can just tell the joy and the change it can bring. We just want to show our part. The thing I’m most proud of is our team…[is] here beside us showing support and trying to teach the younger generation about what we believe in.”

While Holtby has become something of a fixture at Pride, other NHL cities will also get to witness their local players stepping up for the community. In Minnesota, Wild right wing J.T. Brown will be taking part in Twin Cities Pride during this upcoming weekend’s parade.

Brown already has a reputation for being unafraid to publicly display his sense of consciousness and social justice on the ice. During the 2017 season, he prominently raised his fist during the national anthem to show solidarity with Black Lives Matter. 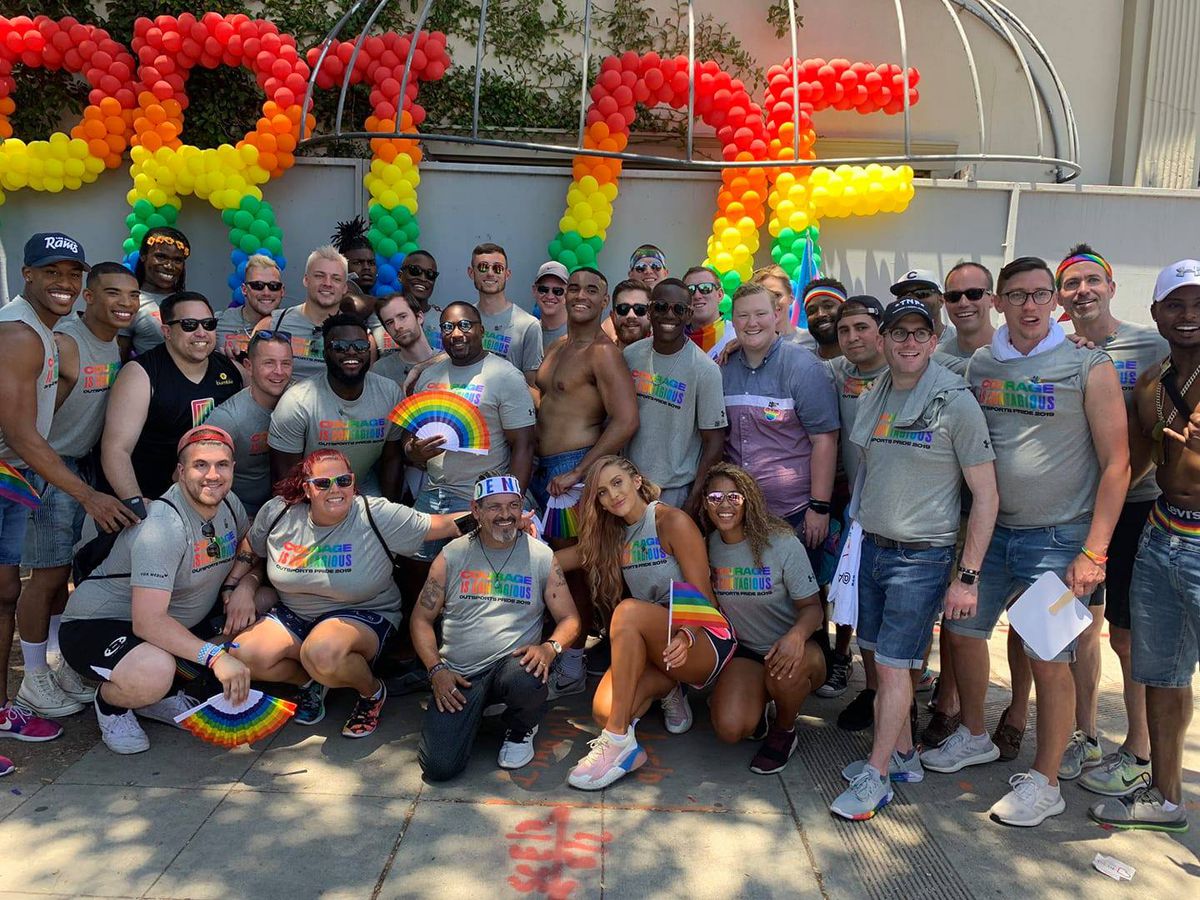 Thanks to everyone who made Outsports Pride a success!

Outsports celebrated Pride, and its 20th anniversary, in Los Angeles during LA Pride, and we were blown away by all of the amazing people who made the weekend such a success. Special thanks to the Los Angeles Dodgers for being our lead sponsor, and to UCLA for hosting the inspiring Outsports Pride Summit. See you in 2020!

Then this spring, Brown spoke about the NHL’s diversity efforts to the Star-Tribune, stating that “There’s always more that I feel like can be done.” As his upcoming participation in Pride demonstrates, Brown doesn’t just talk about the need to do more–he shows up and personally gets involved.

Toronto’s annual Pride Parade will also be taking place this weekend and it will include New Jersey Devils right wing Kurtis Gabriel, who grew up in nearby Newmarket, Ontario. Gabriel previously made headlines in April by vowing to use Pride Tape on his stick for the rest of his career after scoring his first goal on the Devils’ Pride Night. Gabriel later explained his decision to Outsports:

“It meant something to people, and so I figured I just wouldn’t take it off. It’s not a very hard gesture. So I figured I’d just support the LGBTQ community.”

It’s clear from his decision to participate in his hometown’s Pride Parade that Gabriel’s support for the community goes beyond just a single gesture. 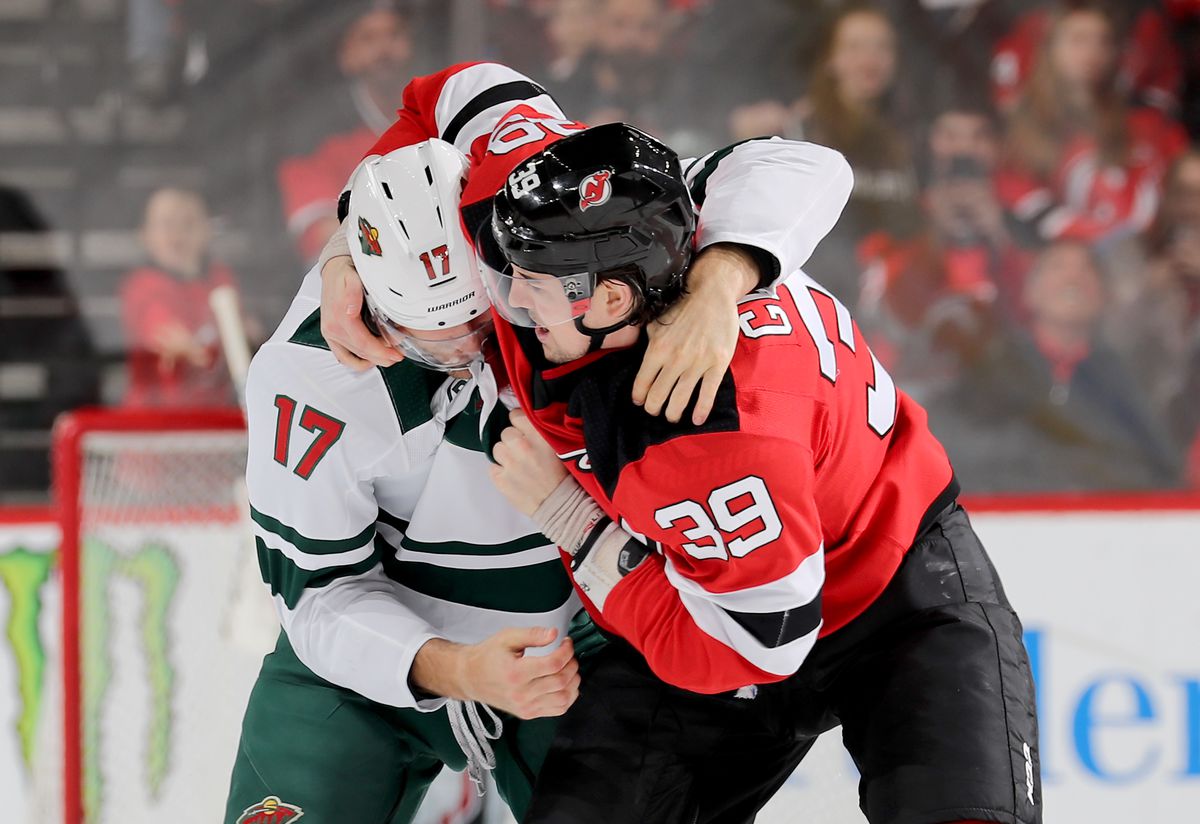 Kurtis Gabriel demonstrating what he does to homophobia.Photo by Elsa/Getty Images

Finally, Predators defenseman Roman Josi will be marching with Nashville’s Pride Parade this Saturday. Josi is also the Predators Captain, meaning that he is representing the organization at Pride as the on-ice team leader. Through a team statement, Josi expressed his support for the city’s Pride Festival:

“I’m so proud to be able to help represent the Predators…at the Nashville Pride Festival. Everyone on our team, from players, coaches, staff, and front office believe strongly in the Hockey is For Everyone initiative. We have been involved in many ways to support this initiative over the years. I am honored to participate in this event to celebrate, raise awareness, and bring our community together.”

In four different hockey towns across two countries, active NHL players are reaching out to their LGBTQ fan bases through Pride Parades. While St. Louis currently has the Cup, history will look on all four of these players as winners too.