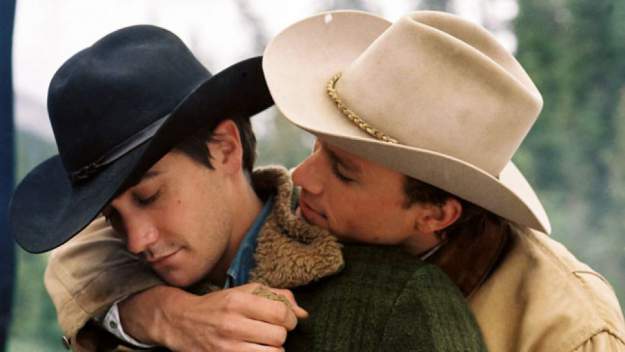 According to a Cornell psychology professor, a growing number of men are eschewing traditional sexual orientation labels for more fluid terminology like, “mostly straight.”

In a new article for TIME, he writes:

“If you’re a young man, you might assume that either you’re straight or you’re not, meaning you’re likely gay and maybe bisexual. Yet the evidence suggests that more young men identify or describe themselves as mostly straight than identify as either bisexual or gay combined.”

But as Savin-Williams suggests, when those men were forced to identify as either straight, gay or bisexual, three-fourths of them marked straight, since, bisexual, and even “bisexual-leaning straight,” was “too gay” to sound accurate.

The author then explains that while same-sex attraction accounts for a small percentage, between 5-10% of his sexual and romantic feelings, there aren’t any rigid rules as to what a mostly straight man will be into.

The author also suggests that the advent of the “mostly straight” man is perhaps linked with relaxed millennial attitudes toward sexuality.

Citing a 2015 survey, he explains that a majority of millennials indicated that they believe sexuality is a spectrum, versus a “straight, not straight” identity.

Head to TIME for more…