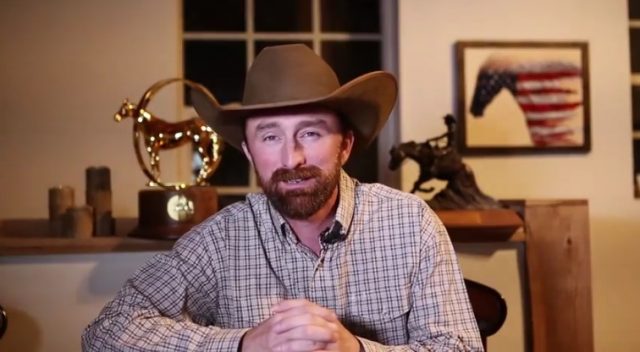 A Republican lawmaker who is a Mormon has come out as gay, saying it took him more than 20 years to do so.

Nathan Ivie, a 40-year-old Utah county commissioner and member of the Church of Jesus Christ of Latter Day Saints, spoke about his sexuality in a Facebook post.

“There’s no easy way to say this. I might as well just jump up and say it, I’m gay. That’s my reality,” he said in the video.

Ivie said he would “continue to serve my county as Utah County commissioner with all of my heart. I know there are haters in every area of our lives, but we cannot let that be what defines us as a community.”

The Utah-based faith opposes gay marriage. Earlier this year, however, the church announced it would be reversing its 2015 policy that classified people in same-sex marriages as “apostates.”

In the video, the Republican shares the struggles he has endured, including a suicide attempt at the age of 22.

He said he “just felt different” from the age of nine.

“I believed that there was something wrong with me and I fought from the beginning to find some way to change myself. That battle resulted in a failed suicide attempt when I was 22 years old,” Ivie said.

After recovering from what he described as a near tragedy, he said he “tried to live the life that was expected of me. The truth is, I never felt comfortable in my own skin. I felt I was living someone else’s life rather than my own.”

He added that he and his wife have separated and have spent long hours discussing how they can “move forward as a different kind of family to fulfil the responsibilities we took on together to our two amazing children.”

Ivie said his decision to post the public video was inspired in part by his work with families who have lost LGBT+ children to suicide.

“That really makes you reevaluate your life, and what you’re doing as a leader to prevent that kind of stuff,” he said.

“It’s OK to be different, it’s OK to live authentically. You can be gay and a Republican… You need to trust that people will love you for who you really are.”