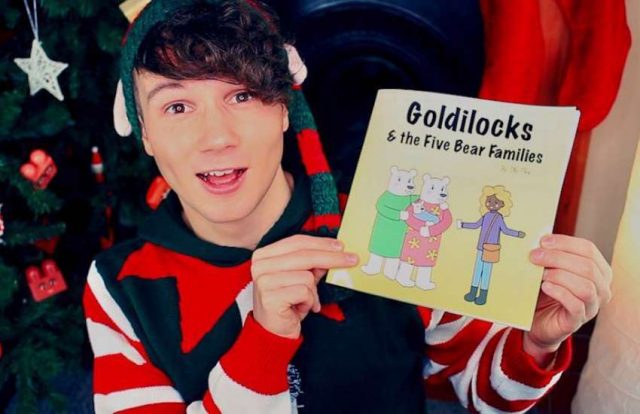 showed that just over half – 53% – think schoolbooks for children as young as four should depict gender-diverse families.

Although, 31% of those surveyed feel it is inappropriate and 16% saying they are not sure.

This year has seen school faculty, parents of pupils, and children alike question whether LGBTI material should be taught in school.

However, when asked whether parents should be able to stop their children from reading LGBTI schoolbooks on religious grounds, opinion was less clear cut.

In fact, the majority were unsure whether this should be allowed. Around one in four feel schools should teach LGBTI lessons, while 29% felt parents should be able to opt out.

This comes as the UK government announced that from September 2020, relationship education will be compulsory in schools. Parents cannot opt their children out.

What does a children’s book author have to say about one in two Britons being LGBTI-inclusive? ‘We really want 100%! said Olly Pike, the mastermind behind. An LGBTI educational resource for children, parents, carers and teachers.

He told Gay Star News: ‘People should get on-board and understand why it’s important.’ Pike puts together LGBTI-inclusive fairy-tales, stories, and educational materials in a time when it’s more needed – and more debated – than ever before.

‘Homophobia and hate crime needs to be combated and I don’t know why people can’t see the link between those.’

Furthermore, on Olly’s YouTube channel, you will find vibrant videos including , , and , teaching children what it means to be different. Colorfully queer characters splash onto the pages of his books.

‘Children’s books are stories that stay with you forever,’ he said. ‘There are so many quotes I remember from storybooks because they are so simple. Lessons that stay with us.

‘One of my favourite quotes is from Dumbo and it goes: “The very thing that holds you down is going to lift you up.”

‘I’ve only just realized recently that that quote has become a lesson for me for my homosexuality. For a long time, I felt that I needed to hide it or not let other people know. But now, it’s the thing that drives my life.’

Moreover, Pike spoke about the potent power and generational pull of children’s book. ‘The book that came out in the 80s, Jenny Lives with Eric and Martin, which showed a little girl in bed with her father and his boyfriend, that was one of the causes of Section 28 in 1988.

The legislation ushered in a deafened era wherein, homosexuality could not be taught or even mentioned in UK schools. The blanket ban lasted for 15 years.

‘I have a copy of the book and sometimes I can’t believe that it ticked off Section 28. Some parents were terrified of it for threatening their way of life.

‘They tried to shield their children from letting them decide for themselves what they believe.’