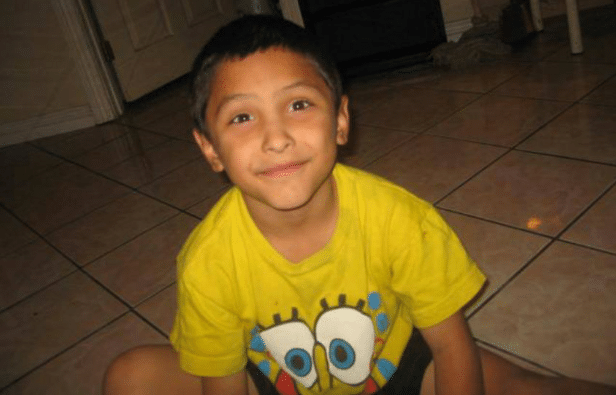 He was beat with a bat and forced to eat feces

A mother in Palmdale, California was sentenced to life in prison without parole after her son was tortured and killed in 2013 because her boyfriend thought he was gay.

In the court room, prosecutors detailed a list of horrifying acts Aguirre inflicted on Gabriel. This included dousing him with pepper spray, forcing him to eat his own feces and vomit, putting cigarettes out on his skin, and beating him with a bat.

They also accused him of tying the boy up, locking him in a cage, and shooting him with a BB gun.

Not long after, a jury found him guilty after deliberating for six hours. The judge sentenced him to death.

In February, Gabriel’s mother, Pearl Hernandez, pled guilty. A judge today (7 June) sentenced her to life in prison without parole.

‘Nothing short of evil’

Judge George G. Lomeli described the pair’s actions as ‘horrendous, inhumane and nothing short of evil’.

‘You want to say that the conduct was animalistic,’ he continued. ‘But that would be wrong because even animals know how to take care of their young, some to the extent that they would sacrifice their own lives in caring for their young.’

Fernandez faced the death sentence but she admitted to the torture allegations in exchange for the life in prison sentencing.

She also read an apology letter out loud in the courtroom: ‘I want to say I’m sorry for what happened. I wish Gabriel was alive. Every day I wish that I’d made better choices. I’m sorry to my children, and I want them to know that I love them.’

Lomeli concluded the sentencing: ‘I can only wish…that in the middle of the night you wake up, and you think of the injuries that you subjected on this poor young man, this poor 7-year-old, and that it tortures you.’