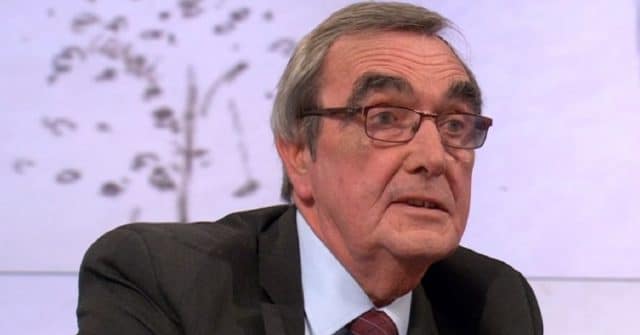 Godsiff, the MP for Birmingham Hall Green, has faced anger after saying it was not “age appropriate” for five-year-olds to learn that gay parents exist.

In an interview with the Birmingham Mail on Tuesday, Godsiff appeared to side with anti-LGBT protesters who have targeted a school in his constituency.

He cited picture book My Chacha is Gay, which is about a Pakistani boy who has a gay uncle, and My Princess Boy, about a boy who likes to wear princess dresses.

However, in an interview with the BBC’s Victoria Derbyshire on Wednesday, Godsiff admitted that he had not read the books.

The MP, who also voted against equal marriage, said parents were worried about “children coming home with books and such like,” citing My Chacha is Gay.

Asked about the book, Godsiff replied: “I don’t know, I’ve only seen the front page.”

He then appeared to admit the only information he had about the books were supplied by anti-LGBT protesters, adding: “It’s an issue for a number of parents at the school. That was one of the documents I was given by some of the protesters as a cover of one of the books given to children.”

Elsewhere in the interview, the MP insisted: “If you’re talking about gender and sexual orientation… I think for four and five years olds, I think to bring in sexualities at that period in time… to a number of parents they would say, I think that’s too young.

“Why don’t you wait for a few years, before 11, in order to bring those subjects up?”

He added: “I think that is a matter for the school and the parents to discuss when the parents will be comfortable with their child [learning about gay people].”

The MP also said: “I have a three year old grandson, and if he was hit with the nine characteristics [of the Equality Act] being put in front of him, he would probably wonder what was going on.”

The MP’s comments have been condemned by a number of LGBT+ figures within the Labour Party.

Gay MP Stephen Doughty tweeted: “As Co-Chair of @LGBTLabour Parliamentary Group – I find @RogerGodsiff comments on inclusive education completely unacceptable and I will be seeking an urgent meeting with him.”

Lloyd Russell-Moyle, another gay Labour MP, added: “On this issue @RogerGodsiff is wrong, his views put children in real danger.

“Learning about good relationships between all genders helps protect children from abuse and allows them to grew as confident young people.

“This dangerous twaddle has no place in our @uklabour politics.”

Godsiff has not faced action from the party over his comments, which are at odds with its official policy.