Australia’s deputy prime minister says he wouldn’t punish government MPs for crossing the floor of the lower house in favour of gay marriage.
Labor and some government backbenchers may push for a free vote on same sex marriage when parliament returns next week, contravening the coalition’s position to hold a plebiscite or a postal ballot over the issue.
West Australian Liberal senator Dean Smith is working on a private members’ bill legalising same-sex marriage, while his lower house colleagues Trevor Evans, Tim Wilson and Warren Entsch have flagged crossing the floor to support it.
Barnaby Joyce said Liberal and National MPs have the right to vote against party lines, and the coalition doesn’t subscribe to the same “totalitarian process” as the opposition.
“I’d be the last person to criticise someone for crossing floor – in the Labor party they kick you out,” the Nationals leader told ABC radio.
“We don’t believe in that… if you’ve got a different view and you can support a potent argument, then that’s your right.”
Prime Minister Malcolm Turnbull will reportedly use a secret ballot to canvass the opinions of his partyroom on marriage reform, in a bid to stop infighting over the issue that threatens his leadership.
The vote could be used to deter moderates from crossing the floor in support of same-sex marriage, with the prime minister told just one in five MPs support the reform advocates. 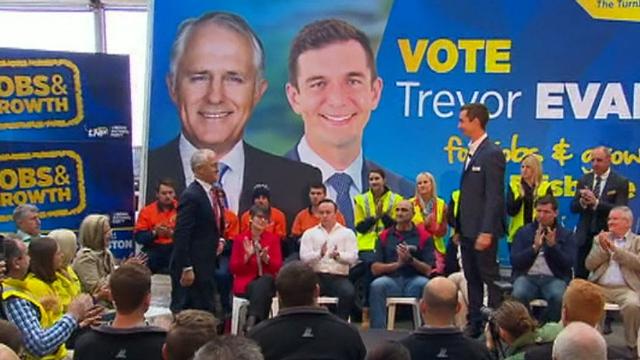