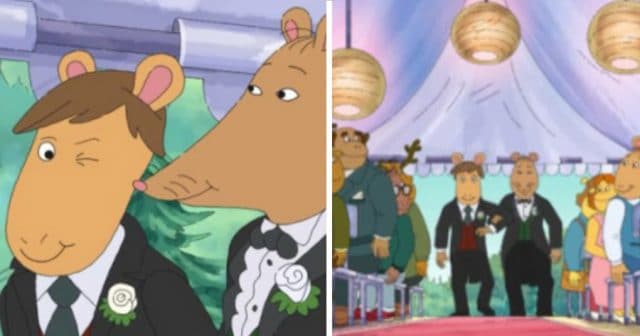 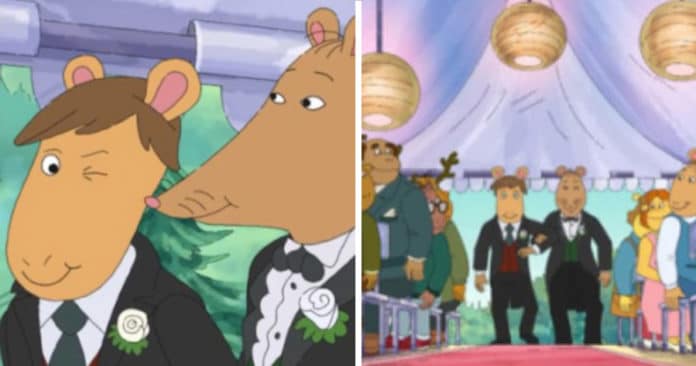 Representation of gay people in children’s animation has been getting better and more common as the years go by. However, even though it’s nice to see many new inclusive titles, it would be good to see some of our old-school favorites also introduce queer characters.

Well, our prayers have been answered, and one of the most popular cartoon shows introduced a gay character: Arthur. 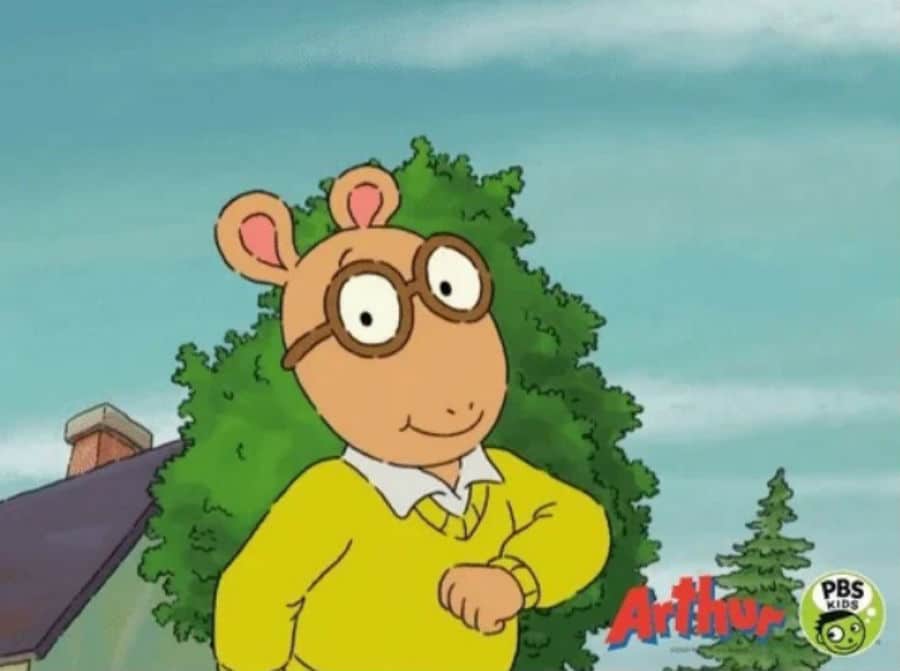 The PBS Kids series that has been running for more than 20 years just recently confirmed that Mr. Nigel Ratburn, Arthur Read’s third-grade, cake-loving teacher at Lakewood Elementary School is gay!

The new episode “Mr. Ratburn and the Special Someone” saw Mr. Ratburn getting married to his husband, and it’s the cutest thing EVER! 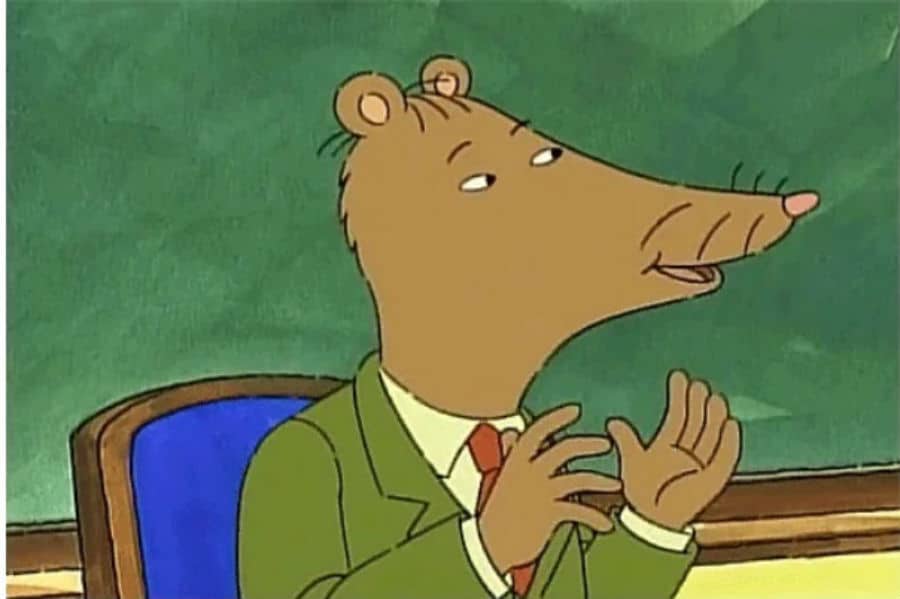 The current Arthur viewers may be a bit too young to be on Twitter, but the older generations that grew up with the show in the late ’90s and ’00s freaked out when they found out about Mr. Ratburn and his husband! 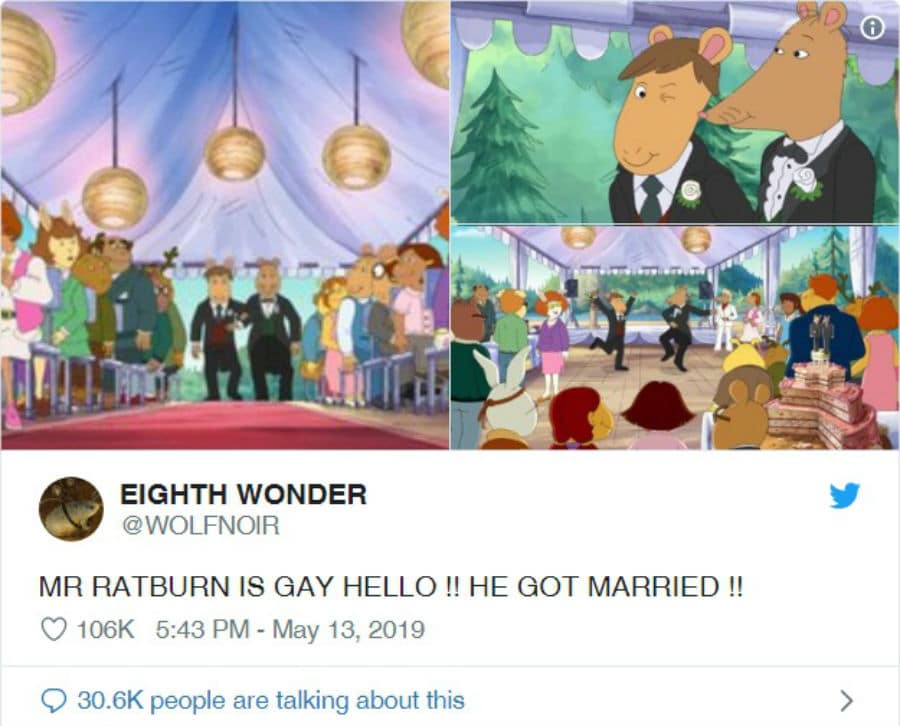 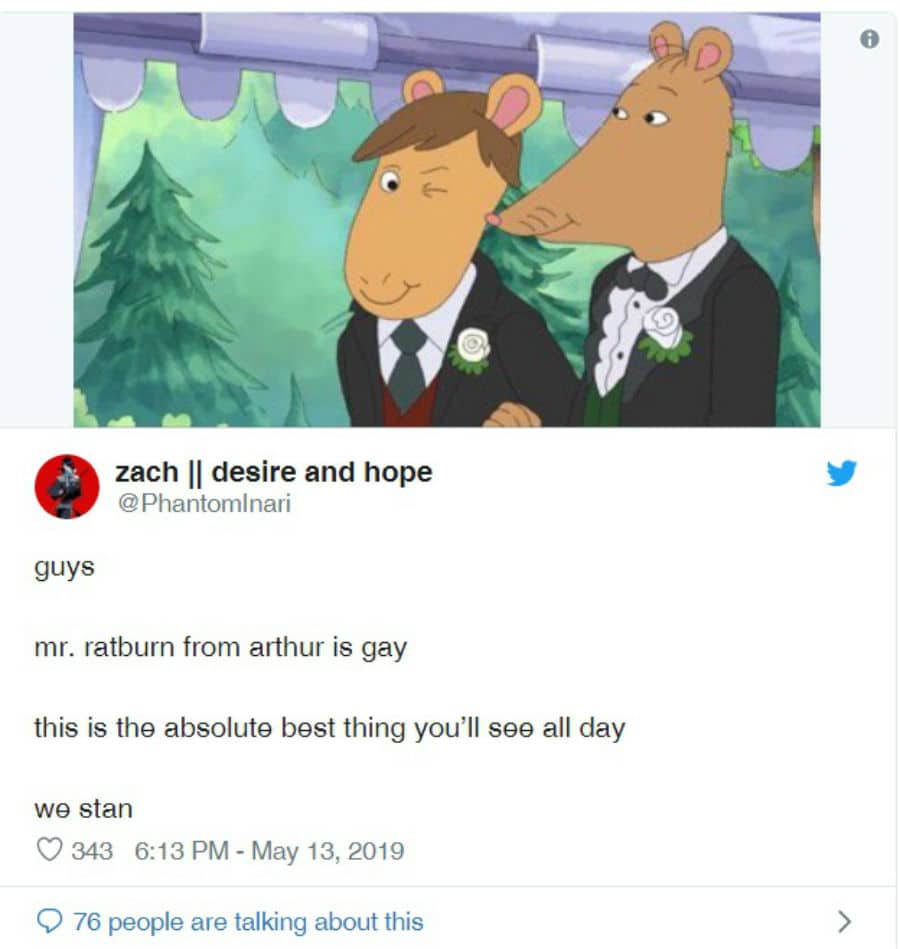 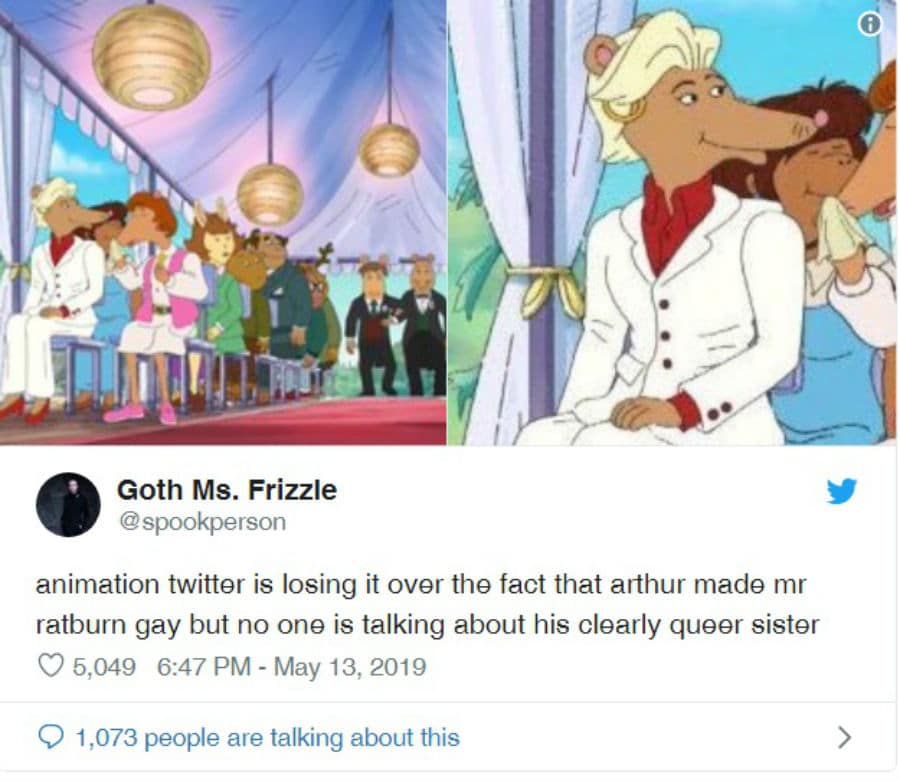 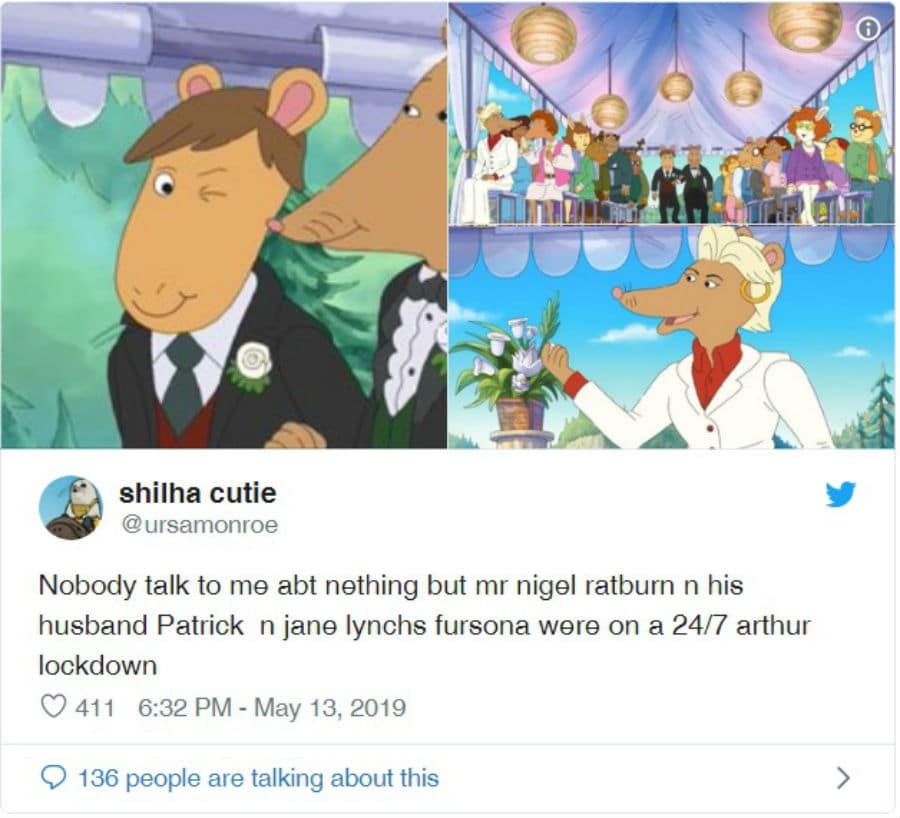