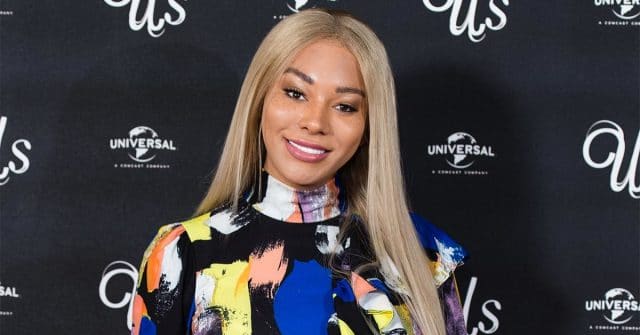 Transgender activist Munroe Bergdorf has said that she is “tired” of “being treated like a second class citizen” after being dropped by the children’s charity Childline.

Bergdorf said that “transphobia” is to blame for Childline giving her the axe and for the end of her working relationships with L’Oreal and Labour.

“It’s not just me. This happens to every single trans person that speaks about what we need as a community, how we need to push forward as a community and why what we’re being given is not enough,” she told the BBC in a video released on Tuesday (June 11).

“Being a trans person in the UK at the moment is like being a second class citizen.”

Childline announced that it “will have no ongoing relationship” with Bergdorf on Friday (June 8), just two days after their partnership was announced.

The model recalled speaking to Childline shortly before the announcement.

“I called Childline days before this happened and I said: ‘Guys, you’re probably going to get some pushback,’” she said on Tuesday (June 11).

“They were like: ‘Don’t worry, everything’s fine, we’re fully prepared and we knew what we were getting into when we asked you to be on board.’

“I could hear in their voices that something wasn’t right.”

Bergdorf has accused the NSPCC, which runs Childline, of “bowing down to pressure from a transphobic lobby” and Times journalist Janice Turner of launching “a hate campaign on Twitter.”

“This Pride month Childline had the opportunity to lead by example and stand up for the trans community, not bow down to anti-LGBT hate and overt transphobia.”

Trans allies have pointed out that the Safe Schools Alliance account was created just days before the letter was shared, and does not appear to be linked to any known child advocacy group.

When approached for comment, the NSPCC said that it had nothing further to add to its original statement which read: “Munroe Bergdorf has supported the most recent phase of Childline’s campaign which aims to support children with LGBTQ+ concerns.

“Munroe has been referred to as a Childline Ambassador. At no point has she been an Ambassador for the Charity. She will have no ongoing relationship with Childline or the NSPCC.

“The NSPCC does not support, endorse or authorise any personal statements made by any celebrities who contribute to campaigns.”