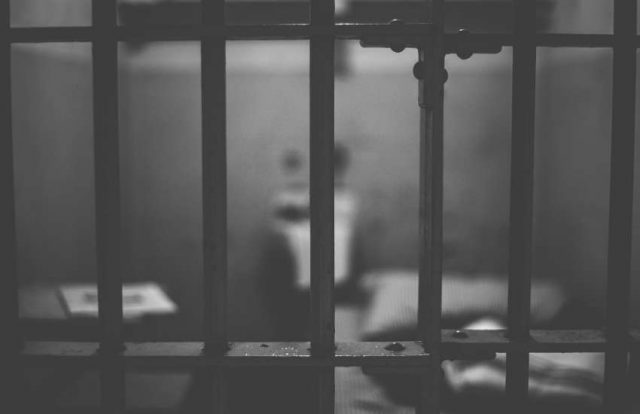 A murderer who mainly targeted gay men has been let off death row after a successful appeal.

Marlin Enos Nelson, 50, was originally sentenced to death for the 1987 murder of a telephone switchman in Colorado, according to court reports. Nelson followed Charles Manson and professed his hatred of gay people.

But an appeals court in 2013 overturned the punishment while leaving the guilty verdict. They said flawed jury instructions at his trial in 1988 could mean he was given the death sentence unfairly.

However, a new plea deal means the killer will spend the rest of his life behind bars, according to the . A Harris County criminal court judge, in Texas, approved this week a life sentence for the original murder, plus 10 years, 20 years, and a second life sentence for a trio of other, decades-old crimes.

The jury originally sentence Nelson to death when he was 20 years old. In 1987 a 35-year-old telephone switchman brought Nelson back to his apartment.

Nelson then stabbed him 15 times in the back and beat him in the head with a 10-pound bar.

He robbed the apartment before fleeing in the victim’s car.

However, prosecutors revealed a number of alleged crimes in Nelson’s past targeting gay men. This included the stabbing of a 66-year-old gay man with a steak knife in the back of the neck, as well as multiple assaults and another murder.

Nelson’s defense attorney argued that the courts only heard some of the evidence which would persuade them to vote against a death sentence.

This included Nelson’s history of physical abuse, incarceration, neglect and drug use.

He also told police after the knifing: ‘When I hit him I thought about happened to me when I was 11 years old and I was molested.

‘I been hating queers ever since that happened.’

Nelson waived his right to appeal his sentences.