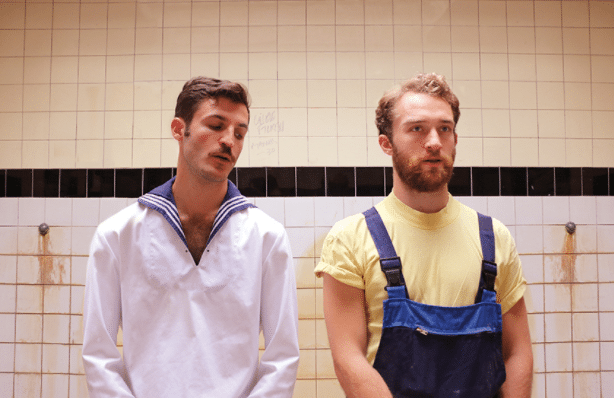 A museum in Berlin, Germany, has just unveiled an exhibition dedicated to the subject of gay sex in public toilets.

It features photographs taken by Marc Martin. The French photographer has embarked on a project of taking photos in public toilets. His work, which often includes models, broadly explores male fantasies. 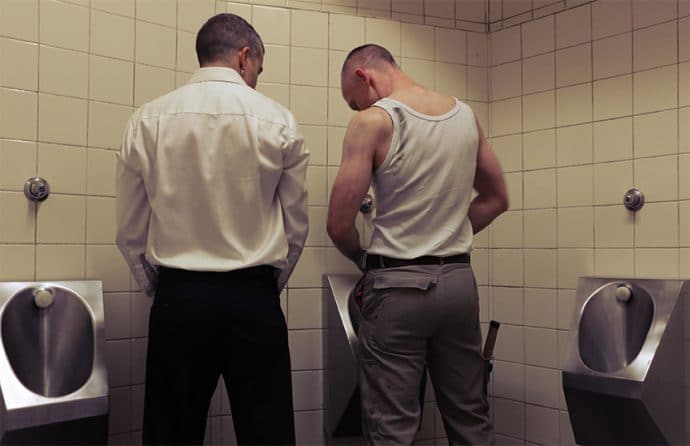 In an introduction to the show, Martin writes that some of his earliest sexual encounters were in public lavatories.

‘And I’m proud of them! … These places, where men were constantly coming and going, were instrumental in my sexuality, aroused my desires and quenched my curiosity.

‘In there, I also had the most unlikely, unexpected encounters.

“Cottages” (or “Tearooms”) were no heaven, granted. But they were no hell either.’ 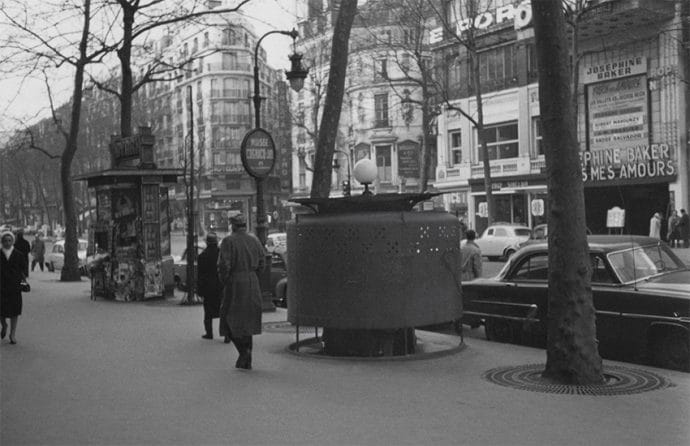 He says among many members of the gay community, public toilets ‘remain more a source of shame than pride.’

However, he believes public toilets have offered, ‘sites of unbridled freedom.

‘Differences were blurred and otherwise separated cultures briefly mixed. Despite being disparaged as sleazy and dirty, they allowed for immediate, anonymous sexual contacts. They were a godsend to those who could not entertain at home and expose their sexual proclivities to the outside world.’ 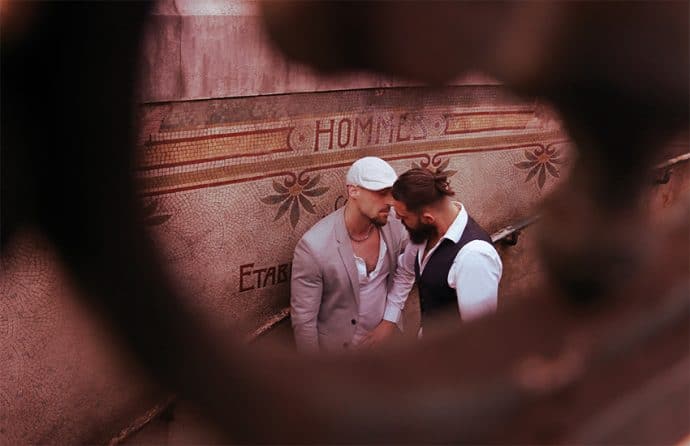 The exhibition of Martin’s photos is accompanied by quotes about urinals from the likes of Jean Genet and Rimbaud. There will also be accompanying talks and film screenings.

These will include a talk from film historian and journalist Marc Siegel on ‘Tearooms, Cinema and Desire’.

Siegel, who is based at the University of Hildesheim, tells GSN he thinks the exhibition is, ‘an overdue exploration of an important part of queer culture and the culture of homosexual sex more broadly.’

He says that although times have moved on, and many men now meet for sex via hook-up apps, sex in public toilets offered some advantages.

‘One of the great things about sex in public toilets is that it’s free, it allows for encounters with people across boundaries of class and race, and you don’t have to sign on to a sexual identity before engaging in it.’ 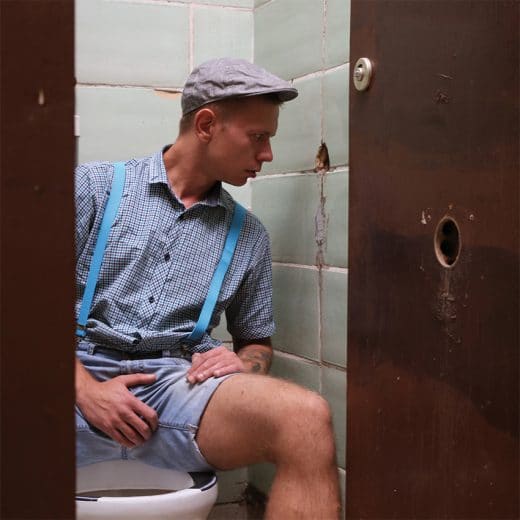 He says the exhibition raises questions about the changing nature of urban spaces.

‘Exploring the culture of sex in public toilets is also a means of thinking about the damages urban development, gentrification, privatization and surveillance have wrought on the existence and use of public space.

‘That said, we shouldn’t think sex in public toilets is completely relegated to the past. Thankfully, men still meet up for sex with strangers in toilets in universities, hotels, train stations and other public and semi-public locations. And of course there’s still park sex – at least in Berlin, where I live. 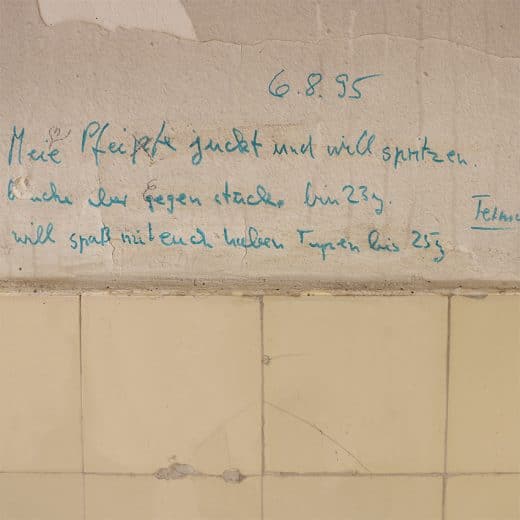 ‘As a result of the replacement of historical pissoirs and public toilets with those ugly sanitized pay toilets, the number of possible locations for sex connections in public has decreased. But those of us interested in pursuing sexual pleasure in the toilet won’t allow those deodorized spaces to stand in our way; we tread on.’

Exhibition promoted by Berlin public transport service
Dr Kevin Clarke, spokesperson for Schwules Museum, told GSN: ‘The necessity of gay men to “hide” and meet in “secret” places such as parks and public toilets is an important aspect of gay history.

‘So it’s important for us, as a museum, to present this topic with as much background as possible, for a younger generation accustomed to Grindr and other apps to understand how homosexual men organized their sex life decades ago, but also to make clear the incredible dangers they faced from police, criminals and blackmailers.

‘All of these elements are part of Marc Martin’s exhibition; which is why we chose to include it in our program.’ 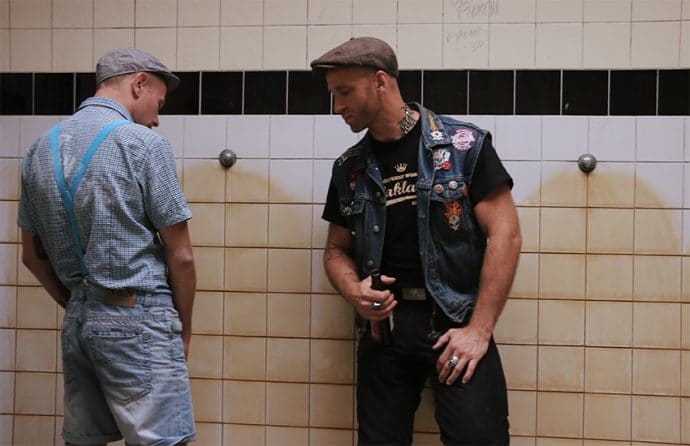 It may surprise some that exhibition has been sponsored by Berlin’s public transport service BVG (Berliner Verkehrs-Gesellschaft). Dr Clarke is particularly pleased with BVG’s support of the show.

Obviously, they have various public toilets in their subway stations, most of them have been closed since 1990. Since many were once famous, even notorious, cruising places, Marc Martin wanted to use them for his photo shoots.

‘The BVG gave him the keys and allowed Marc Martin to work there. The photos are a part of the exhibition and book. Since these images represent part of the company’s own (hidden) history, they decided to ‘go public’ with this and add their logo to the posters, flyers and book.

‘Which is highly unusual for a public transport service company and shows that Berlin is more advanced than other places, at least were the BVG is concerned.’

The exhibition runs until 5 February 2018. 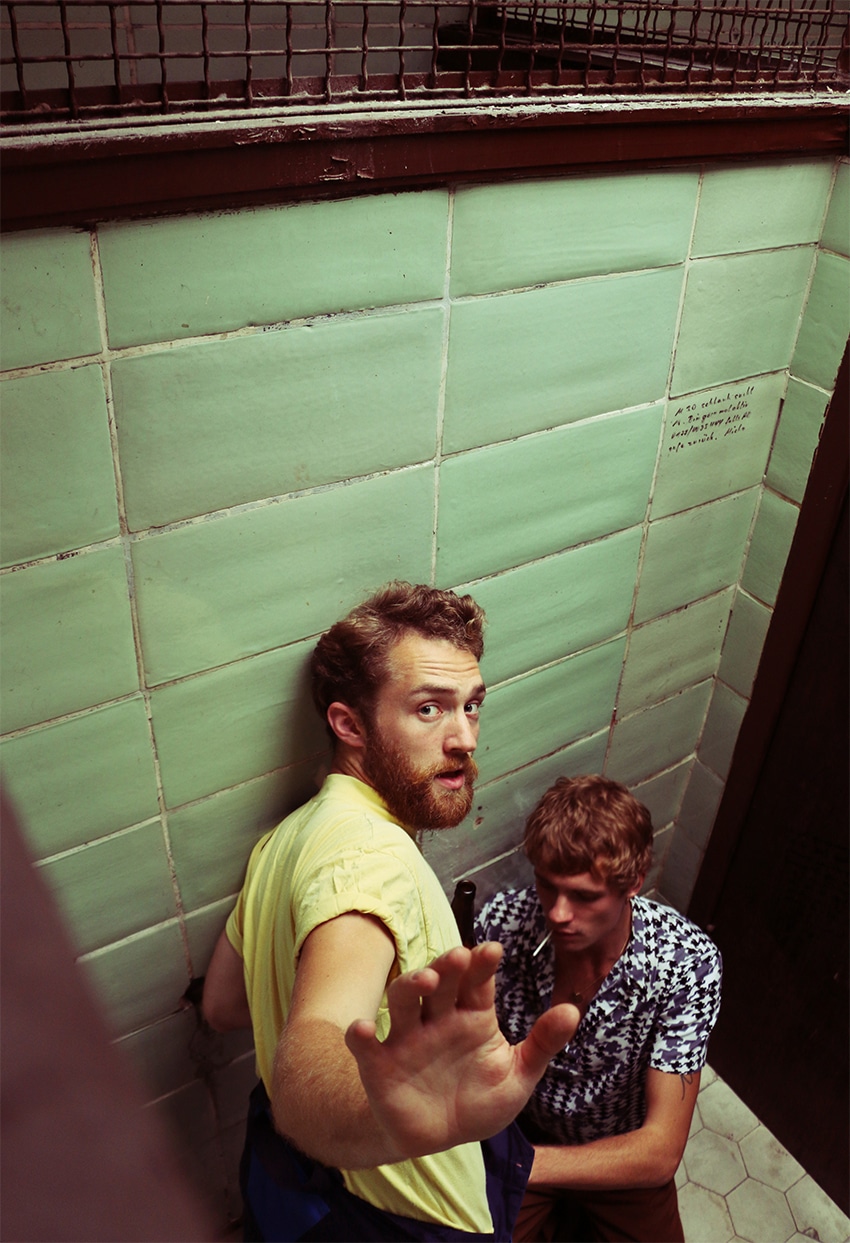 Have you had sex in a public toilet?