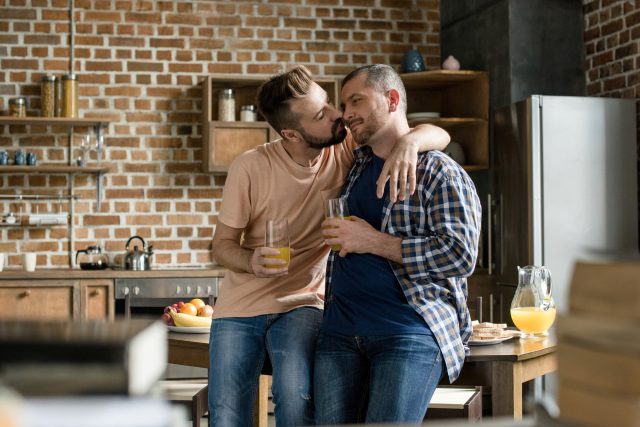 Coming in from a night out, me and Simon crashed on my sofa and flicked on the TV. We’d been out drinking but had come home fairly early, it was freezing out and we weren’t really in the mood for all the noise of the bars. I had whiskey at home – we’d both got into whiskey when we were younger, all the other guys drinking beer, I think me and Simon felt more sophisticated drinking whiskey – which was a laugh, because we always got the cheapest stuff available, rough as sandpaper.

When I came out to him, I remember – I was only 15 – I remember he just gave me a hug. He was straight as they come, he said, but was glad I’d told him. It made us even more close, I guess, that secret knowledge we had with each other, before anyone else knew.

Anyway. We came in from this night out and crashed on the sofa, flicked on the TV. I poured us some whiskey (good stuff, this time), and we sat and stared at some gameshow in comfortable silence for a while.

Then, ‘what’s it like?’ he asked, sounding kind of distant, kind of hesitant.

‘With a guy. I mean… do they kiss different? Do they feel different?’

I said I didn’t know… I mean i’d never been with a woman, so how would I know how being with a guy is any different?

I started to wonder what he was getting at; he’d never said anything like this before, but then again he’d also always been a very sexual guy… maybe he was getting more than curious.

I glanced over and he was resting gently by his crotch. I thought I could see – maybe – him gently holding a stiff bulge.

Kind of displaying it, casually. I felt a quiver in my belly, a double beat in my heart; then my own cock begin to swell, harden, push up against my jeans.

‘I guess guys are… rougher, maybe. Harder. And I guess…’

I hesitated, not sure where, really I was going with this.

I looked up from his crotch, to meet his eyes; he was looking at me, gently, but meaningfully. His lips temptingly, teasing parted. Almost… almost a smile. Was he leading me on? Or did he mean…

I looked back down to what I was now sure was his hard cock beneath his jeans. He was squeezing it; then leaned back, hooked his hands over his belt.

‘I just wonder, sometimes, exactly how it feels…’

I reached took a swig of whiskey and reached over, gingerly put my hand on his thigh. He closed his eyes and smiled; my hand moved up, along, felt the bulge, the hardness, rock hardness of his cock.

Pushing my hand down his pants and gripping him, feeling him pulse and throb against me, I leaned over, kissed him deep…. and showed him what it’s like to be with a man.

Casual sex on my way home. Out on a hunt 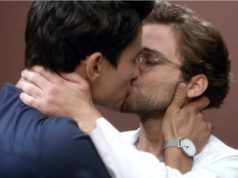 An unexpected turn… Will Be Yours