Home Fiction How My Cousin Possessed Me 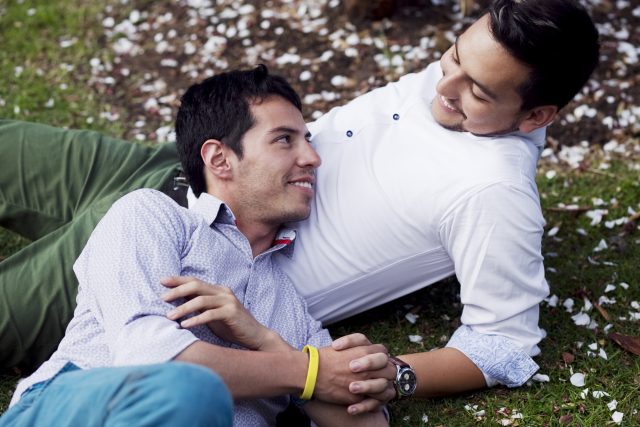 Though it feels like I’ve always known about myself, years ago when I still was a child at the age of 14, I wasn’t able to make any distinction. Certainly, I knew there was something different, ‘sinful’ in me but I didn’t even presume about being gay and that it was forbidden in the community and area I was part of. Along with my mother, we often went to my aunt, who lived in another city with her family. Her son, apart from being my cousin, was something more to me.

Our relationship then was quite strange, but I was too young and silly to figure out, to identify what that difference was. Now as I review it… It seems to me as a beautiful mature relationship between two gay men, with the only difference that it was enviably innocent. He loved to take me to different beautiful places in their city, he loved to isolate us from others and enjoyed talking to me. He was 16, and I don’t know how it was possible him to be that mature and loveable. Our ‘relationship’ had begun years ago, but this time, when we visited my aunt something else was designed to happen. When we arrived, he didn’t see anybody else but took my hand and with the excuse to show me his trophies, as he was a wrestler, he took me to his room. He leant on his bed and called me there, too. There was nothing to stop me, nothing looked strange to me. I lied next to him, as it was a narrow sofa we had to take that ‘big spoon-little spoon’ position.

For the first few minutes, nothing strange happened he was talking to me while caressing my face and then my hips. That was pretty normal for me he often used to do that. But our tight body contact had probably wakened his stronger feelings and desire, he kissed me once, twice…the next one continued more than five minutes. Now my desire had wakened, too. I wanted more, I wanted to belong to him, and I unbuttoned his tight jeans – that was the beginning of something we both desired badly. That was my first time and it happened to be with my cousin… That was love, innocent pure love, which I never again found, so that should not be anything wrong – that was just love. Now we had another way to enjoy each other’s presence and we repeated it over time more and more passionately.

Then, as everything good, this one had to meet an end, too. He was heterosexual, and later on, he met girls, he had girlfriends… That was killing me, but life had gradually changed us both. After a year or two, we pretended that nothing had happened between us, and we barely gave each other a poor ‘hello’. As if he had forgotten every single one of those sacred moments we shared, but that is life… I had to face it, as over time I grew, too.