Home Gay Life ‘My family have been sent hate mail, but i won’t stop trying... 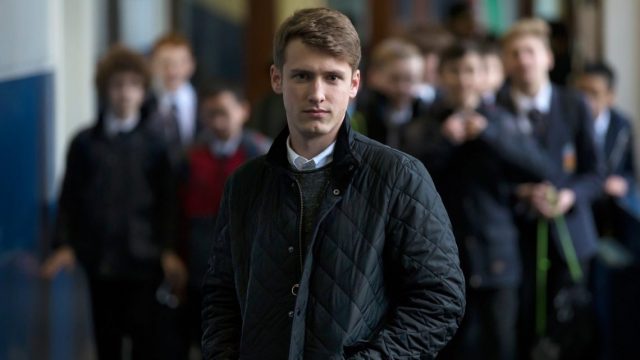 Tim Ramsey founded LGBT charity Just Like Us to help provide to the support he never got at school.

My Dad left me a voicemail. He never leaves me voicemails.

“Nothing to worry about, but could you just give me a ring.”

Instantly worried, I stopped training our volunteers to call home.

Dad answered: “I wanted to speak before mum gets home. I opened an anonymous letter threatening to take you and us to court because the charity is operating illegally.”

I felt sick. After 15 years in the closet, praying not to be gay and trying to turn myself straight, I set up Just Like Us, a charity to empower students to become relatable role models championing LGBT+ equality and challenging homophobic, biphobic and transphobic bullying in schools. And now I was being sent threats. The accusations were false, but it hurt. Why would someone want to stop work we know does so much to support LGBT+ young people?

But as dad read on, I laughed. It was filled with threat, innuendo and falsehood, all of which left us more fired up than ever. Claiming we had “contravened the laws of psychological bullying” and threatening to take out an injunction and investigate our records – medical and financial – was frankly bizarre. Apparently my mild asthma as a child is critical to the work of Just Like Us!

But then I stopped laughing. Targeting and frightening my parents, who have nothing to do with Just Like Us, was cowardly and unjustifiable. Talking to my mum, I could hear that she was unsettled. I tried to reassure her there was nothing to worry about. In reality, there is. The letter is more bigoted ranting: it highlights broader challenges facing the LGBT+ community and our work to improve the quality of life of LGBT+ young people. The first, that combating homophobia is “a current craze of the liberal elite” is a symptom of an attitude LGBT+ people increasingly face. This letter corrupts the current narrative of a country split between the people and the liberal elite. Yes, there are divisions to be healed but these mustn’t be manipulated by people, to legitimate their prejudice. It’s striking that hate crimes against LGBT+ people in the UK more than doubled in the three months following the EU referendum.

Creating school environments where every child can be themselves isn’t a “liberal craze.” It’s what every child deserves: the chance to realise their potential and be accepted for who they are. Who wouldn’t want that? In fact, schools are legally required by the Equality Act 2010 and Ofsted to tackle homophobia and develop understanding about LGBT+ issues. However much they veil their prejudice as a legitimate grievance against “the liberal elite” doesn’t hide what they are: homophobic.

We know that our model is working: by sending student ambassadors into schools to share their own personal stories of growing up LGBT+ we’re helping all pupils to understand how they can thrive in a diverse world. Since launching in February we’ve worked directly with more than 4,500 schoolchildren across the country from Cardiff to Woodbridge. You only need to see feedback from straight and LGBT+ pupils to know this works. As one self-identifying lesbian said: “It was an inspirational speech and made us feel incredibly better about ourselves.”

The sad reality is that the only area we’ve received push back against our efforts has been from a minority of “concerned parents.” This small but noisy group worry that our work, as Andrea Williams of Christian Concern alleged, “seeks to celebrate the indoctrination of a lifestyle choice.” It’s not a lifestyle choice; it’s an essential part of who we are.

Parents often don’t know the sexual orientation and gender identity of their kids. I felt enough shame growing up without my parents ever saying or doing anything openly homophobic. Fear of being rejected led to years of loneliness when I didn’t invite anyone home or attend my leavers ball.

If my parents had taken me out of a talk on homosexuality I’d have seen that as the ultimate condemnation and I don’t know what it would have done to my mental health. For kids who are LGBT+, it is essential we support them, not least because the stats for LGBT+ young people are completely unacceptable: one in every two self harm and two out of every five contemplate suicide. Growing up LGBT+ is still tough and the voices of “concerned parents” opposing vital work to help support young people will only make it tougher and cause immeasurable harm.

This is no “liberal craze”, “perversion of laws” or “psychological bullying.” It’s about giving kids the chance to be happy and fulfilled. It’s why Just Like Us exists, but we need the help of parents, teachers and principals to ensure that this noisy minority doesn’t spread these damaging attitudes. Together we can work for a world where every child – LGBT+ and straight – thrives and where no parent has to worry about their children growing up LGBT+ because it won’t make a difference to their chances of happiness. If you’d like to find out more about Just Like Us or support us by donating, please visit justlikeus.org.