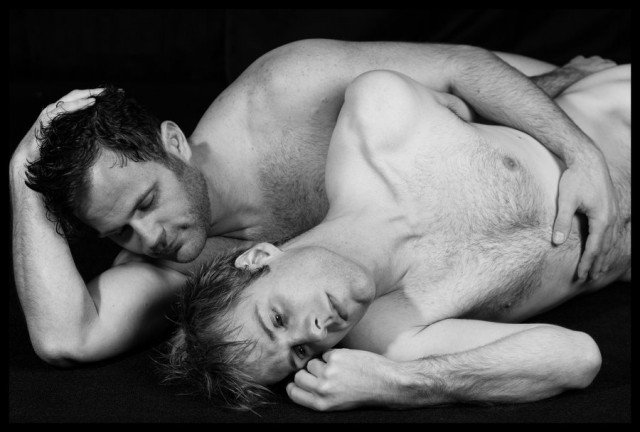 My father managed an estate outside of the city, and was responsible for the upkeep of the grounds. During the summer months in particular, this was a big job, often requiring a team of gardeners and groundsmen to look after the sprawling acres of land.

In an effort to teach me the value of having a good work ethic, my father would often give me a job on the site during the summer months. Due to the nature of the job, people would come and go, so while there were a couple of guys I got to know a bit over the three years I worked there, there were always new faces too. One year, just finished school and about to go into university, I again joined the crew and set about the months of hard labour involved in trimming hedges and trees, mowing the lawns, keeping the place from turning into an overgrown riot of green.

The usual suspects were there, along with a couple of newbies, and one guy who I’d never seen before. In fact, I’d never seen anything like him before. Alan. Apparently my father’s friend, we’d never had the pleasure of meeting. It was a pleasure. I was still coming to terms with my sexuality, still turning it over in my head whether I was actually gay or not. On meeting this man, though, I think my mind was made up instantly.

He was a bear, and he was the guy who stoked my passion for bears ever since. A proper daddy – cropped grey hair and a dark bears with flecks of silver through it. Stocky, broad shouldered with a hairy chest and back, the hair visible through the black vests he always wore. Not muscly, but BIG. Big enough to lift you off your feet and… well, more on that to come.

We got on well – him being older, me and the other younger guys just to make fun of him regularly. Not in a nasty way, it was our way of showing a kind of respect to him. He took it well, always laughing and joking, and he liked the attention. He was the daddy of the group anyway, running things while my father saw to the more organisational side of the role.

Alan wasn’t afraid of hard work. He never delegated jobs he wouldn’t do himself, and always put his full effort into getting things done. So much so that during those long summer days he’d sweat copiously, constantly wiping his brow with his forearm while he trimmed or hacked away. He’d get pretty ripe over the course of the day, but it wasn’t a bad smell. In fact, it was intoxicating, and I’d do everything I could to be near him, to smell him.

I’d work away, looking as if I was really into the job, but out the corner of my eye I’d be watching him, and I’d take every opportunity to rib him and make fun of him, anything to get him to engage with me. Sometimes I’d feel dizzy when he ribbed me back, standing there laughing while his baggy jeans barely concealed his bulge, or hung down low enough that I could see the hair of his arse crack just peeking out, sweat running there from his upper back. The only way to bring myself back was to concentrate on the work, and I’m sure sometimes I came across as strange, or flighty – one minute joking, the next head down, almost ignoring Alan.

There was one day though, one that will stay in my memory forever. Alan had being cleaning out the chimney and when he came back out onto the grounds he was head to toe in soot. We all laughed and pointed, and, being boys, made crass and borderline racist jokes. He didn’t like that kind of humour, but he tolerated it. He got all mock indignant, pretending he was annoyed at us, and me being me, desperate for his attention, just gave it back even harder.

His eyes set on me directly and he snorted, “Think it’s funny do you? How’d you like to be covered in it?”

He grabbed me suddenly, wrapped his massive bulk around me and lifted me right up off the ground, holding me in a tight bear hug as he tried to cover me in soot. I don’t know to this day whether he knew what he was doing or not, but there was a moment there where my heart stopped, time stopped and we both just looked into each other’s eyes. I got hard instantly, and I felt sure he’d drop me, but he held on, smiling. Finally, after what seemed like forever, he put me down. The other guys were laughing and I was bright red. They were too occupied with the event to notice my boner, but Alan looked right at me and winked.

I’ve never been back since, too busy with uni work, but the thought of that big bear still keeps me awake at night.