Home Stories My first time. Unforgettable experience for the rest of my life! 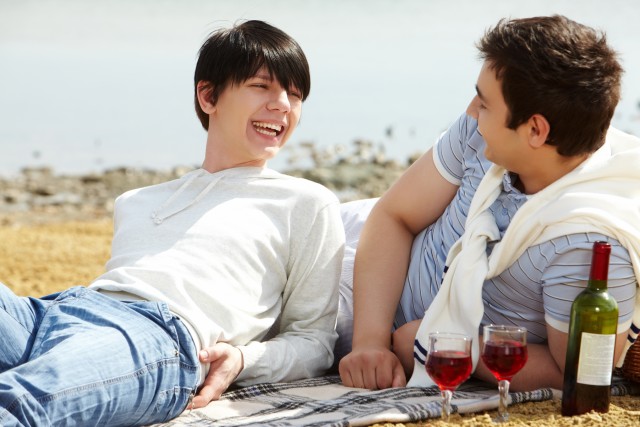 This is the story of my first time and, as many first times on anything, it didn’t´t go well because of my inexperience. Many say they knew they were gay their whole lives, not my case. I had no idea. If somebody would tell me I was gay before that day, I would have given them a middle finger. But I was wrong and now I am glad to discover how wrong I was.

It all started one day when I was hunting for women online, one of my favorite pastimes back then and I tried to hit on what I thought it was a girl.

Her nickname was “nena27cd”, I will remember that nickname till I die. I just spoke a little bit with her and then I asked about the meaning of the “cd” on her nickname and then she told me – crossdresser.

I was a bit shocked at first because even though I have never been homophobic. It quite surprised me to know she was not a girl but since I was enjoying the chat with her, I didn’t´t mind and kept chatting with him. After a while he asked me to meet him in person, since we were in the same city. I politely rejected but added him on my Skype.

The thing was that since that day I could not think about something else. Meeting a guy? No way. No way? Why not? And after a few days I decided to talk to him again and agree to meet him in her place.

We didn’t´t have much time to stay together because he had to go to work and I got lost in the way so I arrived really late. I must confess I was nervous like hell at the time but he really made his best to make me feel comfortable and I really felt good. I felt so good that I wanted to meet him again another day with more time, and so we did.

The second time we were together he was really sweet and caring and treated me as no girl ever did in my life. I felt comfortable, loved and cared about. And what did I do in return? Not contacting with him in a week. I was a jerk, the jerk I always was. Of course, and with all due reason he sent me to hell and didn’t return my messages anymore.

Since that day my life completely changed. I have met more guys since then but I will always remember him because he was the first one and also the one who changed me because now I am not a completely straight man anymore, and hopefully not a jerk either.