Home Gay Life My pride in family: Why our chosen bonds are stronger than blood 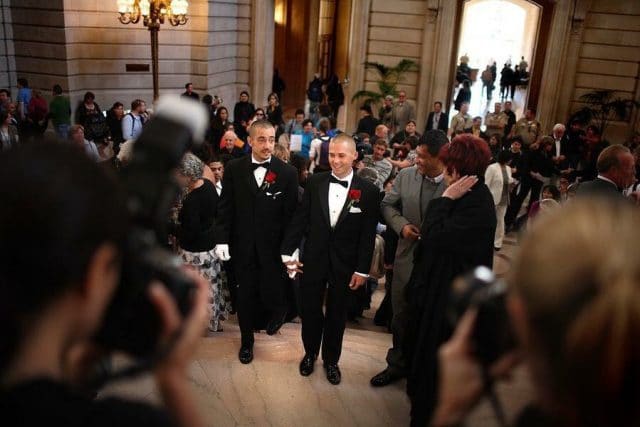 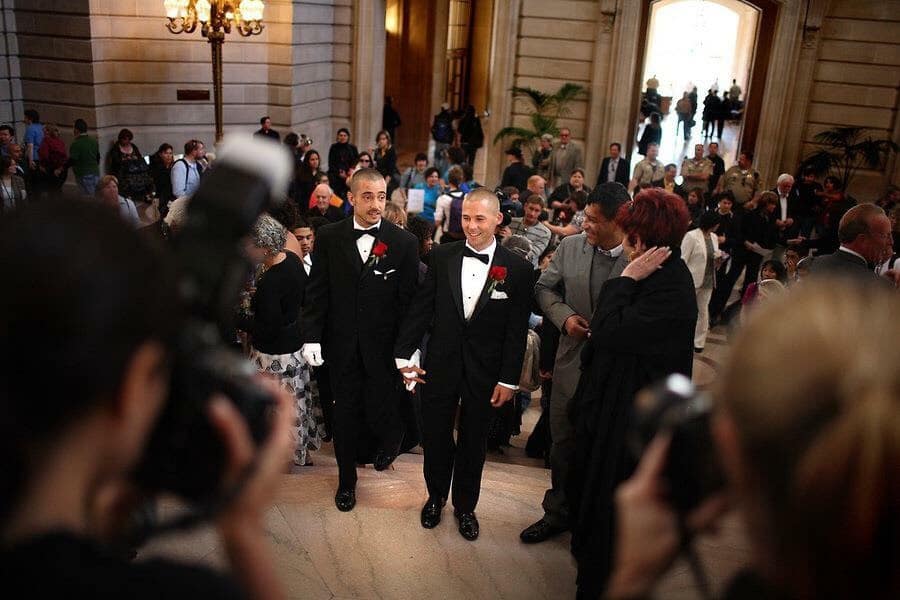 Joe and Frank getting hitched at SF City Hall

Family, I have come to understand, means many different things.

For some, a family is what you are born into. For others, it is the community of people you choose to surround yourself with, one that shares in the joys and sorrows that life presents you.

I met Frank at a nightclub in San Francisco when he was dating one of my friends. I introduced him to everyone as he followed me around that night. We became fast friends. Months later he drove me out to the East Bay to visit my family. After visiting my father and his new wife, we sat in Frank’s truck getting ready to leave. 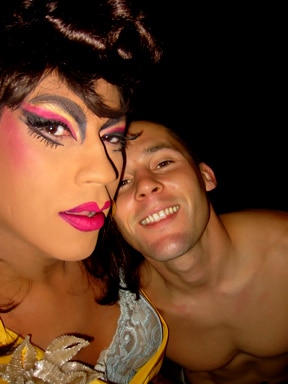 As I waited for him to start the engine I realized he was sitting there sort of paralyzed, and I pressed him as to why.

He replied, “Your stepmom is also my stepmom.”

We sat and talked about the connection and realized we were more than friends – we were family. Since that day, Frank has been my little brother and I have looked after him as such.

In 2000, Frank met Joe. The two were a perfect match in many ways. Together they became not only inseparable but a true force as activists and leaders for queer rights. In early 2004, when Gavin Newsom directed the city-county clerk to issue marriage licenses to same-sex couples, Frank and Joe were one of the first 4,000 couples to be married between February 11 and March 11 of that year.

In most conservative political circles, it was unpopular to support these marriages. At the time, our friend and then-California Senator Mark Leno stuck his neck out and not only attended the kick-off rally in Sacramento but took the fight to Washington, D.C., speaking at the U.S. Capitol’s first ever National Marriage Equality Rally.

Frank and Joe returned from Washington, D.C., with even more determination to fight anyone in their way to affirm their right to marry. The following year in California, Senator Leno authored Assembly Bill 849 legalizing same-sex marriages, which helped pave the way for states across the country to do the same. It passed both the Assembly and State Senate only to be vetoed by Governor Schwarzenegger. 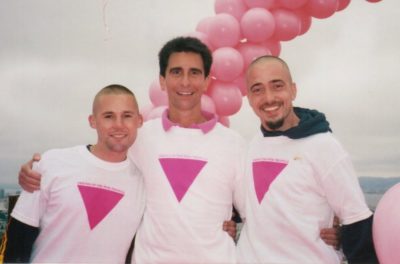 Fast forward to 2010. Frank complained to me that his labor union – yet another form of family – was using the Defense of Marriage Act to deny healthcare to Joe, even after two years of legal marriage. Again, Senator Leno stepped in by writing letters to the union and rallying other elected representatives, attorneys, union leaders, and advocates to the cause, eventually getting the union to change their policy of denying healthcare to same-sex couples.

I recently asked Mark Leno about all of this, and his response was humble and touching. He said, “There is nothing revolutionary about treating people fairly, respectfully, and equally under the law. It’s in our Constitution. Frank and Joe took a principled stance for justice. With their leadership, we won our battle at the U.S. Supreme Court.”

Together, my brother and brother-in-law have become fixtures in the fight for rights in San Francisco. As Sister Lourdes Mae Shepard of the Sisters of Perpetual Indulgence, Joe has brought blessings and guidance to so many over the years, and in doing so, has further expanded their family.

I’ll never forget when, in the overwhelming aftermath of the Pulse Orlando massacre, Sister Lourdes Mae Shepard provided a blessing at my performance with Glamamore, in which 49 friends and family wrote on our dresses the names of family members taken too soon.

Each year my brother dons his bunny suit for Easter in Golden Gate Park with the Sisters of Perpetual Indulgence, bringing smiles to children and adults alike.

Whether through blood, wine, or water, my family tree has grown over the years. The connections I’ve made in San Francisco are intrinsic to the fabric of my life and experience. I am so proud to have two amazing activists as brothers. And I am blessed to have many families in this life, a loving thread sewn into a vibrant and comforting quilt.