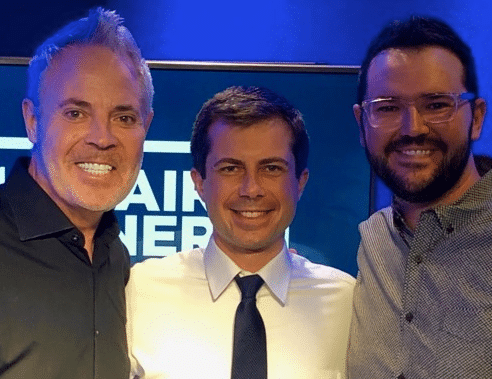 Longtime country radio host Blair Garner recently taped an interview with 2020 hopeful Pete Buttigieg, but listeners of the nationally syndicated program, which reaches nearly 200 cities, will never get to hear it.

Garner says he was approached about doing an interview by the Buttigieg campaign.

“Since Country music tends to lean in a conservative direction, I was surprised,” Garner wrote on social media afterward. “But more than surprised, I was EXTREMELY flattered.”

“One of the few truly viable candidates in the race raised his hand and asked for a place at the table. I was willing to give him that seat. I would have also given a seat to any other viable candidate, from both sides.”

So Garner did the interview. And it was great! Until his bosses at Cumulus Media told him he “couldn’t air it.” In response, Garner took to social media on Friday to say express his disappointment.

“I was proud of it,” he wrote in a long Facebook post. “But in the end, I was told that I couldn’t air it.”

“Again, I would have GLADLY welcomed any other viable candidates to be a guest, especially President Trump. To my thinking, the best way to a reasoned, thoughtful position on any topic, is to hear from both sides. Regardless, the interview was killed.”

Blair included a link to the interview on his SoundCloud account for those interested in hearing it.

“It was a great discussion,” Lis Smith, Buttigieg’s senior communications adviser, tells CNN, “and we are obviously disappointed that Blair’s listeners won’t have the opportunity to hear it.”

Meanwhile, Cumulus Media says it killed the interview over concerns regarding the FCC’s “equal time rule,” where stations and networks must offer the same amount of airtime to all candidates.

In a statement, Cumulus Nashville explains: