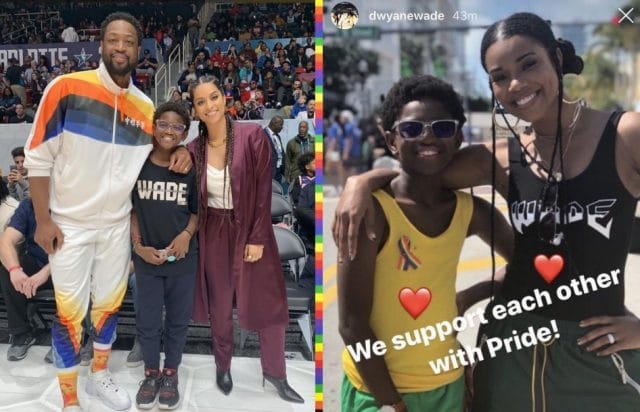 Retired NBA star Dwyane Wade is speaking out about why it’s important for him to publicly support his 12-year-old son, Zion, who recently attended the Miami Beach Gay Pride parade.

“I don’t really talk about it much because it’s Zion’s story to tell,” the NBA star told Variety in a recent interview.

“I think as a family, we should support each other,” Wade continues. “That’s our job. And my job as a father is to facilitate their lives and to support them and be behind them in whatever they want to do.”

Zion, then 11, posted pictures in April of himself riding a float in the parade with his siblings and stepmother, actress Gabrielle Union. 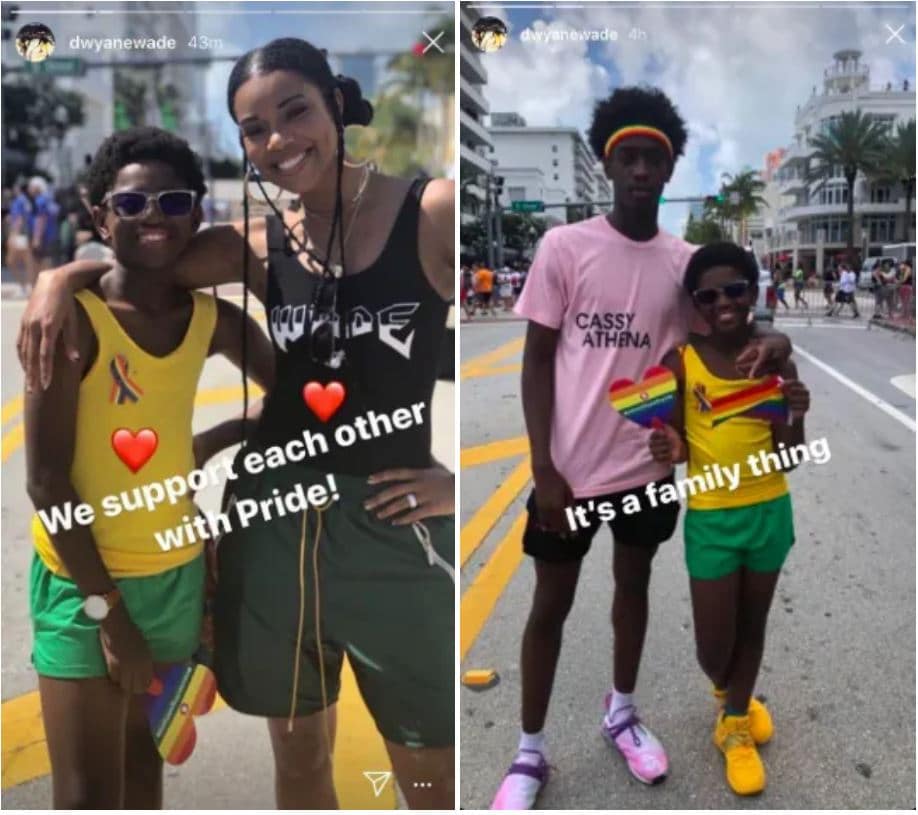 Wade, who retired from the NBA in April, was with the Miami Heat in Canada for a game against the Toronto Raptors at the time of the parade. Wade took to the opportunity to publicly cheer his family from afar. 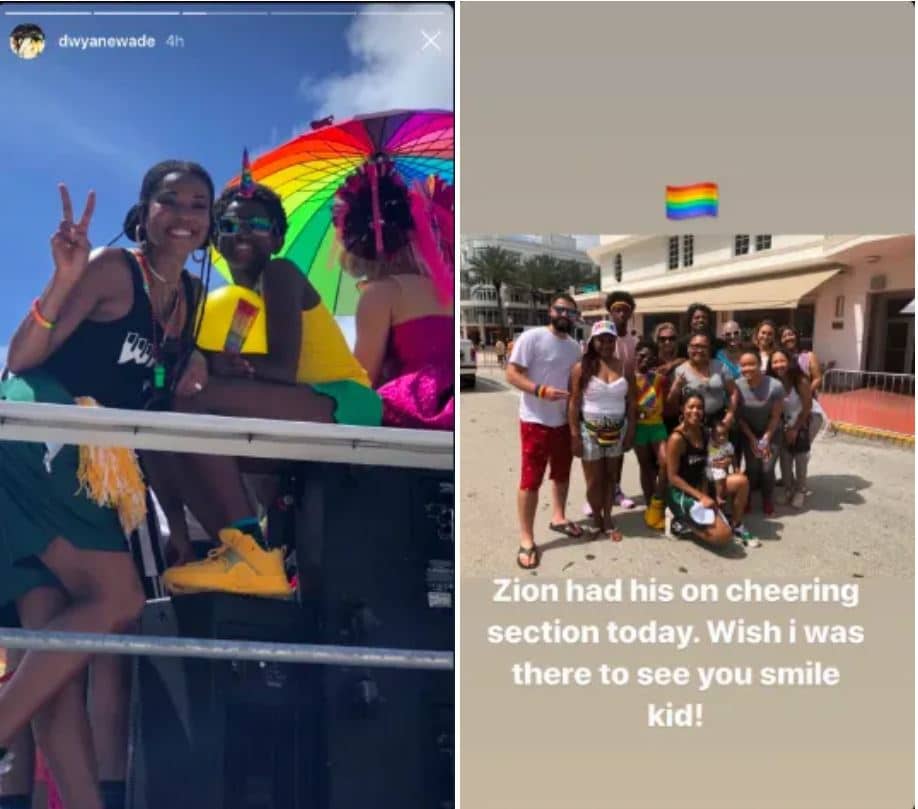 “We support each other with Pride!” Wade wrote in his Instagram Story on a colorful photo of Zion and Union at the parade.

On another photo, Wade wrote that Zion had a “cheering section,” adding, “Wish i was there to see you smile kid!” and a rainbow Pride flag emoji.

Wade was met with an outpouring of support for his Instagram Story.

But the family also faced some backlash, which Wade said he was unprepared for.

“I’m asked a question about my kids a lot from a sports perspective,” Wade says when asked if he had a message for other parents during Pride Month. “I think people expect you to parent each kids the same. They are all different, and I have to get to know them and where they are. I have to say to most parents, get to know your kids. Don’t put your wants and needs on them.”

“This is my job as a father,” he reiterates, responding to backlash he received on social media. “I’m very uneasy about accolades that come from supporting my kids or the negativity that comes from it. I’m doing what every parent has to do. Once you bring kids into this world, you become unselfish. It’s my job to be their role model, to be their voice in my kids’ lives, to let them know you can conquer the world. So, go and be your amazing self and we’re going to sit back and just love you.”