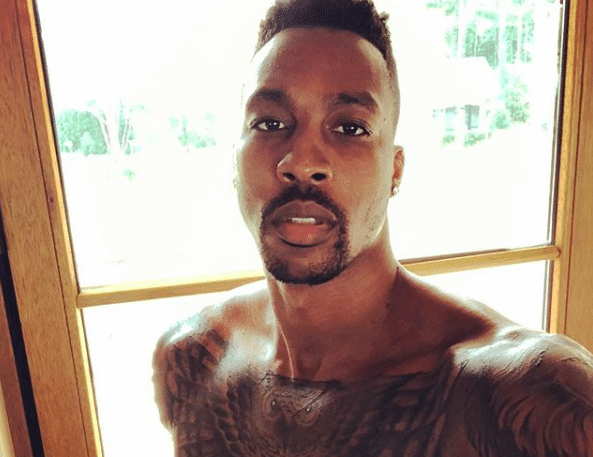 NBA superstar Dwight Howard is finally opening up about those gay rumors that began circulating around him last year.

A little backstory: Last November, a man by the name of Masin Elije alleged that he had engaged in an ongoing sexual relationship with the NBA player and that he threatened to “beat the sh*t out of him” if he ever went public about it.

Elije claimed he first met Howard at a Wild n’ Out party. They kept in touch on Instagram where things “escalated quickly.” Soon they were swapping nudes and talking every night before bed.

“He was fine, 6’11, goofy, very charming, NO WIFE and NEVER been married so of course I was interested. I kept it real with him, and he kept it real with me about everything EXCEPT 1 THING…..” Elije wrote in a since-deleted social media post.

He claimed that Howard began secretly attending “transgender sex parties” without Elije’s knowledge, and when Elije learned about it, Howard threatened him with violence.

Elije further claimed that Howard offered him “hush money” in exchange for signing an NDA about their relationship. When he refused, Howard’s camp “begun to tell me things like ‘we know where you’re at’ ‘we are watching you’ ‘we saw what building you came out of’ and even went as deep to telling me ‘You gon find a new residence.’”

“So at this point, I am afraid for my life, I’m panicking, I’m having anxiety attacks and for a whole week I was bullied by Dwight’s team and Dwight Howard stood there and allowed his team to harass me, and I became a ‘f*ggot in a wig’ when Dwight is a 6’11 BOTTOM,” Elije  said in a video posted to his social media account.

From the very beginning, Howard has denied the allegations, though he hasn’t spoken much about them, other than to say they aren’t true.

In a new interview with Fox Sports 1’s Kristine Leahy, the 33-year-old talks about the impact the rumors had on him, saying that for a while they made him “never want to come outside again.”

“I went through a situation last year that really just set me free,” he recalls. “It ended up being a situation that was—it went viral.”

Howard, who was traded to the Memphis Grizzlies from the Washington Wizards during the offseason, says he received hate mail from people he didn’t know but who were convinced he was gay. Their vitriol helped him to understand why so many people, athletes especially, are still afraid to come out.

“People were talking about it, and it upset me because I didn’t even know who the person was. Why would somebody who I never met, never had any contact with, make up a whole story about me? I saw all the hate, the pure hate, from people that I’ve never met before, just pile up everywhere I went.”