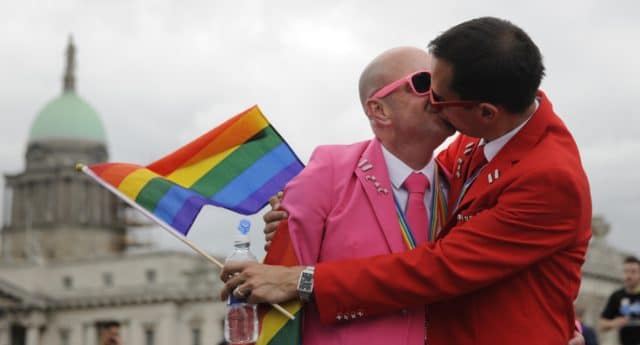 A third of British people believe that homosexuality is a choice, new research suggests.

A poll by YouGov found that 31 percent of people from the UK believe homosexuality is a choice, despite scientific evidence suggesting otherwise. 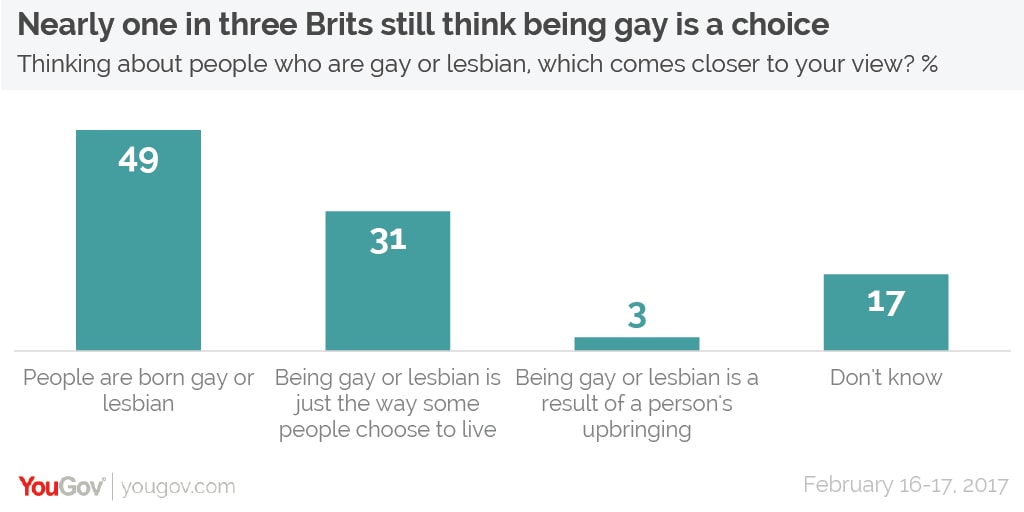 Around half (49%) said people were born gay or lesbian and 17 percent weren’t sure one way or the other.

Three percent think people become gay based on how they are raised.

A similar study in the United States three years ago found that two-fifths of respondents believed people were born gay.
37 percent thought it was a choice.

By age, those under 25 were the most likely to believe that people were born gay (59 percent).

Surprisingly, more 50-64 year-olds think being gay is a choice than those over 65.

When considering political party support, UKIP voters were the most likely to consider homosexuality a choice, followed by Conservative voters.

Labour and Lib Dem voters were the least likely to think that being gay is a choice on 25 and 26 percent respectively. 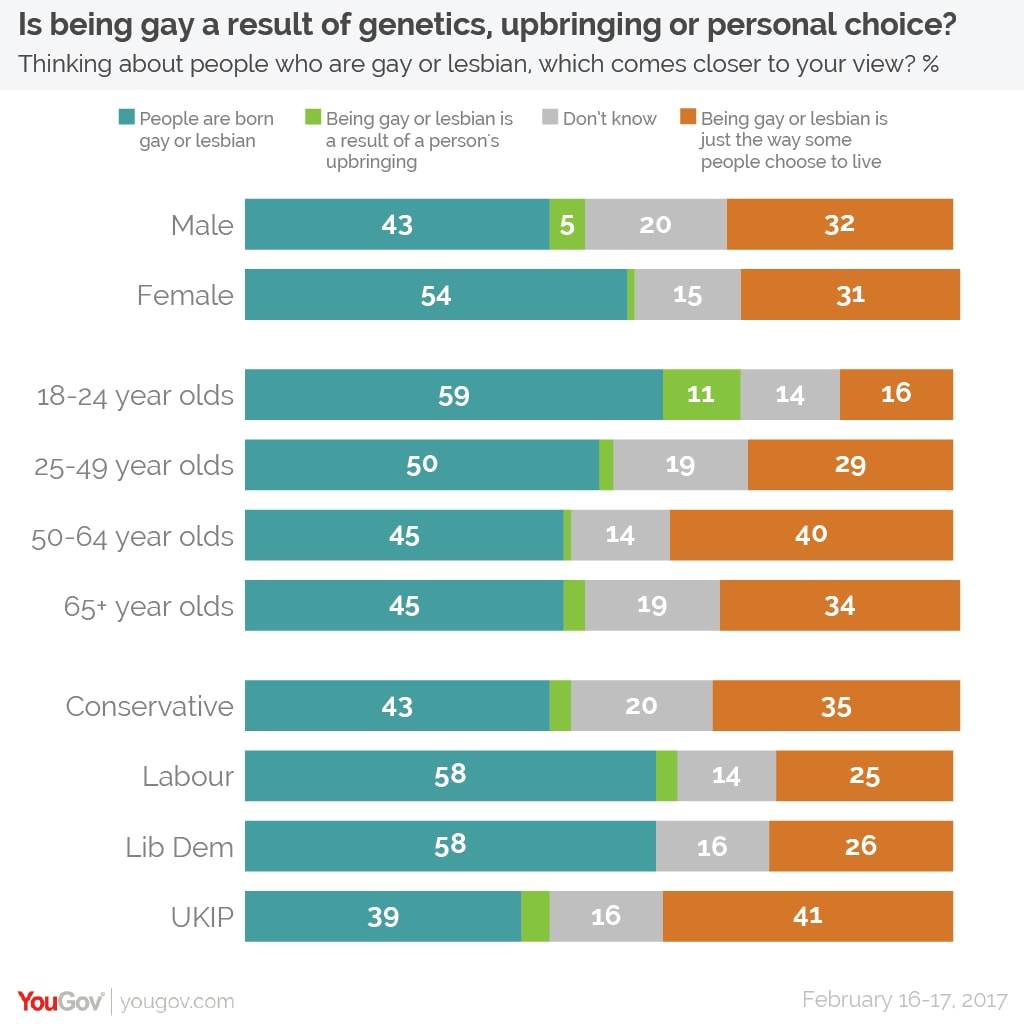 Another recent survey found that half of young people don’t identify as straight.

Last year, a study found that less than half of 13-20 year-olds said they were straight.