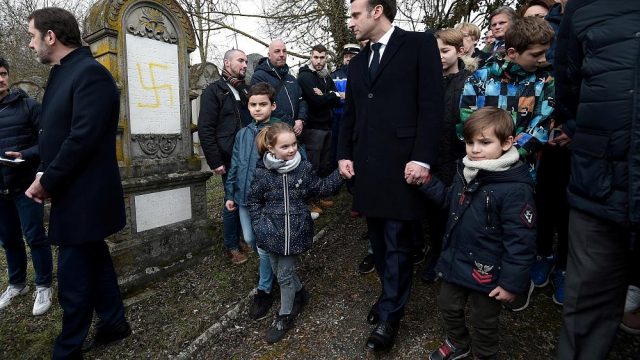 44% of young Europeans Jews face antisemitic harassment and almost half don’t wear clothing identified with their religion because of fears over their safety, a new EU report found.

The findings stem from a survey conducted by the European Commission and the European Union agency for fundamental rights with over 2,700 Jews aged 16-34 from 12 member states.

Although young Jews in Europe are more exposed to antisemitism than their elders — by about 12% — the vast majority also declared a strong attachment to their Jewish identity.

“I am saddened that they fear for their security in Europe, do not dare to wear a kippah and some even consider emigrating,” the EU official said.

Hate speech on the Internet and across social media were pointed as being particularly problematic by 90% of respondents.

Young Jewish Europeans are furthermore likely to feel that people in their countries blame them for anything done by the Israeli government because they are Jewish. About 85 % report that this happens to them at least ‘occasionally,’ and close to a quarter say it happens to them ‘all the time,’ the report found.

While 48% of those surveyed feel that their government is adequately protecting them, only 17% consider that they are combating antisemitism effectively.

“We need to act fast to combat antisemitism in Europe and join our efforts to keep our youth safe. We want young Jewish people to grow up in Europe feeling they fully belong here,” Jourová said.