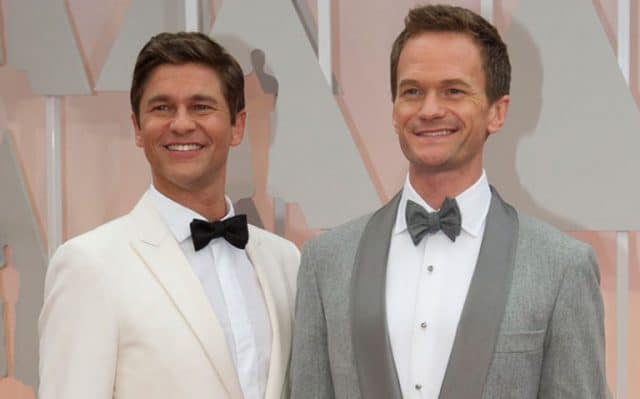 They’ve been an item for over ten years, so what exactly do the How I Met Your Mother actor Neil Patrick Harris and his husband David Burtka put their enduring relationship down to?

“Not that there’s anything wrong, but it’s nice to sort of just talk to someone who is a mediator. That’s helped our relationship.”

The couple cemented their relationship in 2006 when David Burtka temporarily starred in How I Met Your Mother as Scooter, the ex-boyfriend of main character Lily.

The couple also opened up about their relationship in the interview, with Burtka mentioning that his husband leaves him love notes and they’re “always doing romantic stuff.”

Heading to host the Bloody Mary Brunch for the @sobewffest. Looking forward to the mixers and the mingles.

The pair tied the knot back in 2014 and have six year old twins Harper and Gideon, born by surrogate back in 2010.

It’s not the first time the couple have spoken publicly about their relationship. In March, they celebrated their anniversary by sharing loving messages on Instagram.

“Thirteen years and one day ago, I crossed paths with the guy on the left,” Neil wrote alongside a photo of his husband and their son laughing.

“The adventures have never ceased. The love has never waned,” he continued.

Harris stars in Downsizing, a science fiction comedy about a man who decides his live would be better if he shrunk himself, due out later in 2017.