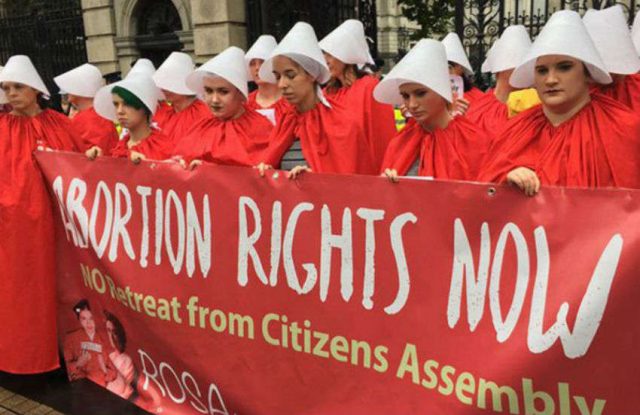 Netflix has announced it will continue to film some of its original productions, such as Stranger Things, in Georgia as other entertainment companies are pulling out of the state due to its recent abortion bill.

The streaming giant, however, added they would ‘rethink’ its presence in Georgia if the bill goes into effect.

Earlier this month on 7 May, Gov. Brian Kemp (R) signed into law in the country.

The bill bans abortions in most cases when doctors detect a ‘fetal heartbeat’. This is typically around six weeks, before many women are aware they’re pregnant. It allows exemptions for rape and incest if the woman files a police report, and if the mother’s life is in danger.

The bill is part of a new trend of abortion bills, the most restrictive of which is in .

‘We have many women working on productions in Georgia, whose rights, along with millions of others, will be severely restricted by this law,’ Chief Content Officer Ted Sarandos said in a .

‘It’s why we will work with the ACLU and others to fight it in court. Given the legislation has not yet been implemented, we’ll continue to film there — while also supporting partners and artists who choose not to. Should it ever come into effect, we’d rethink our entire investment in Georgia.’

Several other production companies announced days after the bill became law they would . They added they would return to the state if it overturns the law.

In recent years, Georgia has become a popular location for filming. It offers a variety of sceneries, ample space for sound studios, and cheaper tax incentives.

Women’s and LGBTI rights groups immediately condemned the bills and organized protests across the country. Organizations like the ACLU and more are preparing to challenge the laws in court.

Republicans, however, are prepared for and expecting the legal challenges.

The ultimate goal of these laws is for them to be taken up in court and ultimately reach the Supreme Court with an end goal of overturning Roe v Wade. It is unclear if the matter will get to that point, but the Supreme Court currently has a 5-4 conservative majority.