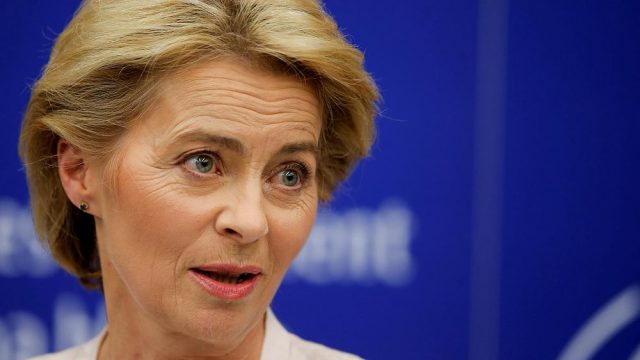 That’s the view of Gordon Sondland, the US ambassador to the EU.

Sondland made the comments in an interview with Euronews’ Jack Parrock, in which he also spoke about Iran and the crisis in the Gulf.

“It gives the United States and the European Union an opportunity to reset its entire relationship,” Sondland said, referring to von der Leyen’s appointment. “Things have begun to stagnate a little. They’ve begun to reach impasses on a number of fronts.

“And I think a changing of the guard, if you will, would be healthy for the relationship. And we will be able to start with a clean sheet of paper.”

The relationship between the US and the EU has been fraught over recent years, notably on trade, climate change and the Iran nuclear deal.

On tensions between the US and Iran, as well as the crisis in the Gulf, Sondland had strong words for Tehran.

“The United States would decisively, decisively win any conflict – but we don’t want to go there.

“Almost a quarter of the world’s oil goes through the states of Hormuz. And it is unacceptable to the United States and to most of the civilized world for Iran to do anything that would interfere in freedom of navigation through those straits.

“And we encourage our friends, our allies, in freedom of navigation operations to sail freely through those straits and to keep those waterways open for the benefit of all.”