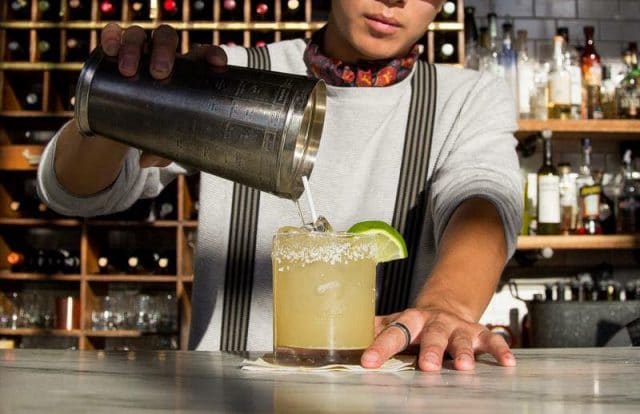 You’d expect the news of a new LGBTI venue opening in Vermont to be greeted with excitement by the local community. However, it has instead prompted deep division.

The reason? Its name.

Mister Sister is due to be open shortly in Winooski, Burlington. It’s a rebranding of the business currently at the venue: Oak45 wine bar. It will be the first dedicated LGBTI bar in the area in just over a decade.

However, its name has been called out by some as transphobic.
According to the Burlington Free Press, several comments left on the Oak45 and Mister Sister Facebook pages have criticized the name.

‘Mister sister’ is a transmisogynistic slur, and it is deeply uncomfortable,’ said Wiley Read, a local transgender man.
Owner Craig McGaughan, who is gay, has defended the name choice of his re-branded bar.

‘It is a term that has been used among gays and Drag Queens for decades intended to be positively gender-bending,’ he said last week in a statement to Burlington Free Press.

‘Mister Sister is for the Misters and the Sisters, those that identify as both and everyone in between. The official description of Mister Sister is “a gay bar for him, her and them.”

‘I have been very intentional in using a pronoun that isn’t specifically male or female as a way to include anyone that identifies as part of the LGBTQ community.’

‘The name of this bar is a transmisogynistic slur’

Despite issuing that statement last week, the controversy shows no signs of abating.

This week it led to two resignations at the local Pride Center of Vermont.

Board members Bailey Cummings and Timber Adamso told Seven Days Tuesday that they were resigning because they didn’t think the center had been strong enough in its condemnation of the name.

‘Basically the name of this bar is a transmisogynistic slur,’ said Cummings. ‘And I feel strongly as community leaders that the Pride Center is responsible for standing up for our trans community members, and coming out against a slur.’

Paul Sisson, co-chair of the Pride Center board, said it had met Monday night to debate on issuing three different statements. However, they instead decided to hold off and seek more public feedback, and convened a public meeting last night at Champlain Senior Center to discuss trans issues.

For Cummings and Adamso, this was not enough.

‘I can’t continue to support an organization that doesn’t feel the need to stand up and make a statement in regards to a transphobic slur in our community,’ said Adamson.

Seven Days reports that around 80 people attended last night’s heated town hall meeting, and the overwhelming majority were critical of the name and Pride Center’s failure to unequivocally condemn it.

It led to the board announcing its new position one hour into the meeting. Paul Sissons, co-chair of the Board said that a full and formal statement would be released today, but that after hearing feedback, he could confirm that, ‘We no longer support the name of that bar.’’

McGaughan did not attend last night’s meeting but sent a representative. He said in a press statement in advance that he felt his presence at the meeting might distract from the issues being discussed.

He told GSN he remained committed to the name.

‘We believe in and are committed to the name Mister Sister,’ he said Friday. ‘Mister Sister will celebrate its Grand Opening on 10 March.’

What do you think?