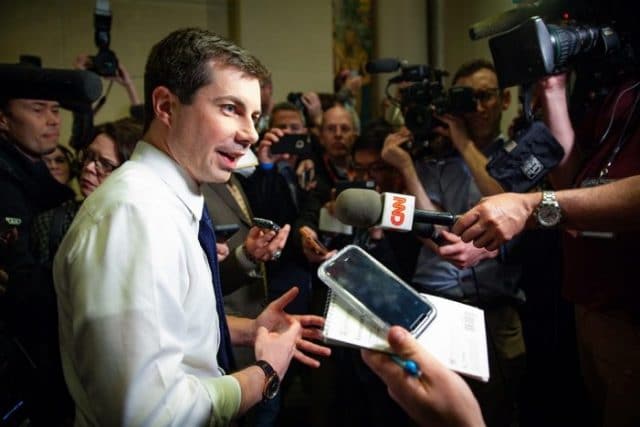 According to the poll, if Buttigieg faced off against Trump in the general election, he would win 47% of the popular vote, while Trump would win 42%.

Former Vice President Joe Biden had the biggest lead against Trump, winning with 53% of the vote to Trump’s 40%. But Trump would be trounced by many of the other candidates.

Unsurprisingly, the Democratic candidates did better among women, Black, and Hispanic voters and voters under age 49.

White voters, though, were divided fairly evenly between Biden and Trump (46% for Biden, 47% for Trump), but moved towards Trump when asked about the other candidates.

The white respondents’ gender didn’t affect this; both white men and white women were less likely to vote for non-Biden candidates and for Trump instead.

Hispanic voters were more likely to say they didn’t know who they would vote for when asked about less-known candidates.