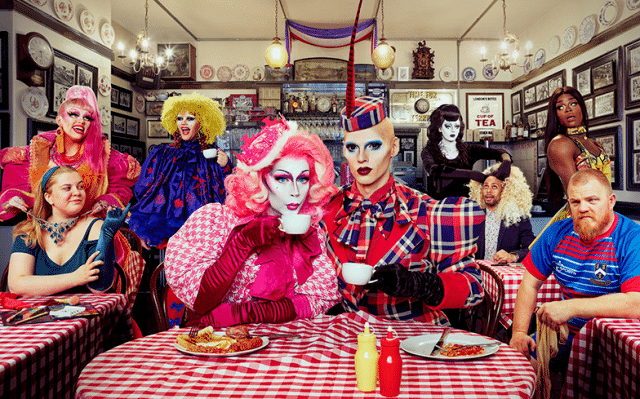 Fans hailed Drag SOS as a combination between RuPaul’s Drag Race and Queer Eye, as it follows the queens as they offer their expertise to LGBTQ people who are struggling with their sexuality and identity.

In the first episode, the collective travelled to Dover and helped university student Nico, who previously suffered with an eating disorder and mental health issues, and single mother Abby, who needed a much-needed boost in her self-esteem.

Both were huge tear-jerkers, but the storyline that resonated most with audiences was between supermarket advisor Shaun and his gay son, Owen. During the episode, Shaun expressed regret for not accepting his son’s sexuality sooner.

He was later put into drag – and given the fabulous name Poppy Love – to better connect with his son, an avid fan of the art-form. “I’m standing in a Drag Lab being made up as a drag queen and feeling all sorts of emotions,” he said.

It was particularly emotional for Anna, who after hearing his story, de-dragged and told Shaun of her tumultuous relationship with her father. Fans were left in tears and were quick to praise the show and share their feelings on Twitter – see below.