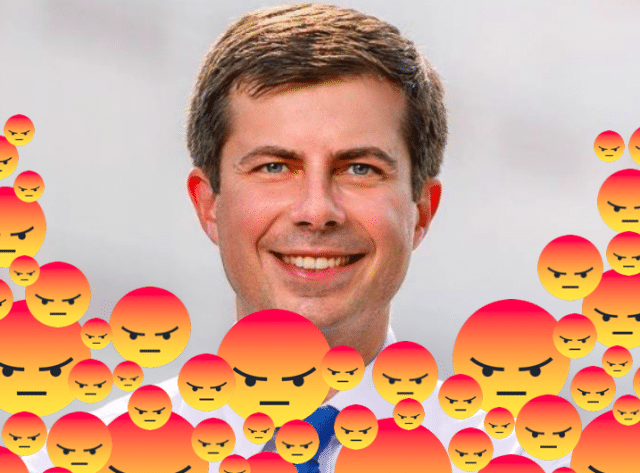 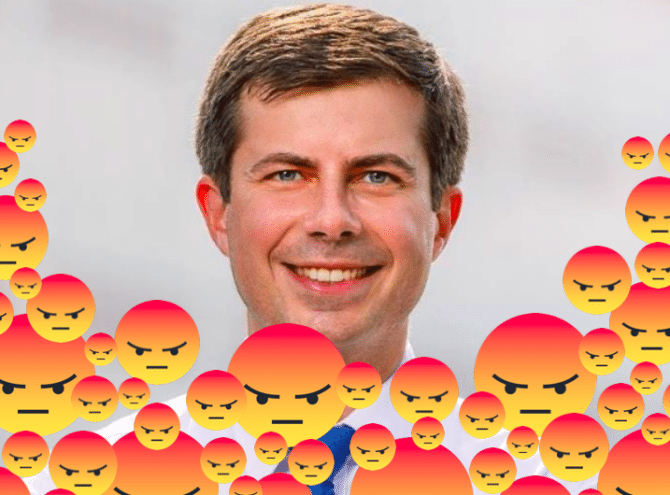 The New Republic is facing major backlash after it published a homophobic hit piece on Pete Buttigieg written by gay YA novelist Dale Peck last Friday.

The backlash became so severe that the site ultimately took down the post and replaced with an editor’s note that reads: “Dale Peck’s post ‘My Mayor Pete Problem’ has been removed from the site, in response to criticism of the piece’s inappropriate and invasive content. We regret its publication.”

In the piece, Peck repeatedly refers to Mayor Pete as “Mary Pete” and “the gay equivalent of Uncle Tom,” fantasizes about his bedroom behaviors and preferred sexual positions, and suggests he shouldn’t be president because he would be too sexually promiscuous, arguing that, because he didn’t come out until his 30s, he would act like a “gay teenager” in the White House.

“The only thing that distinguishes the mayor of South Bend from all those other well-educated reasonably intelligent white dudes who wanna be president is what he does with his d*ck (and possibly his ass, although I get a definite top-by-default vibe from him, which is to say that I bet he thinks about getting f*cked but he’s too uptight to do it),” Peck writes in the since-deleted op-ed.

“So let’s dish the dish, homos. You know and I know that Mary Pete is a gay teenager. He’s a fifteen-year-old boy in a Chicago bus station wondering if it’s a good idea to go home with a fifty-year-old man so that he’ll finally understand what he is.”

Peck continues: “He’s been out for, what, all of four years, and if I understand the narrative, he married the first guy he dated. And we all know what happens when gay people don’t get a real adolescence because they spent theirs in the closet: they go through it after they come out.”

He adds that “the last thing I want in the White House is a gay man staring down 40 who suddenly realizes he didn’t get to have all the fun his straight peers did when they were teenagers” before concluding that, if that were to happen, Peck himself “wouldn’t kick him out of bed.”

The op-ed was met with universal outrage on Twitter.

In response, The New Republic yanked Peck’s op-ed for its site and issued an apology within just a few hours of its publication.

“The New Republic recognizes that this post crossed a line, and while it was largely intended as satire, it was inappropriate and invasive,” editor Chris Lehmann said in a statement.

The site’s owner and editor-in-chief, Win McCormack, also issued an apology, writing: “Yesterday The New Republic’s website published an opinion piece about Mayor Pete Buttigieg that should not have appeared there. As The New Republic’s owner, I want to extend our sincerest apologies to Mayor Buttigieg, as well as to our readers, for an article that was both inappropriate and offensive. It has been removed from our site.”

But their apologies did little to quell the outrage.

As a result of the controversy, The New Republic was forced to drop out a climate forum it was scheduled to co-host with Gizmodo in September. Last week, the two media companies announced a “presidential climate summit,” during which candidates would spend a significant amount of time discussing their plans to combat climate change.

After the Peck’s hit piece was published, three different sponsors threatened to pull out of the forum, prompting Gizmodo to put out a statement saying the op-ed was “an offensive, homophobic attack on Democratic candidate” that was “entirely inconsistent with our values as journalists and with the inclusive atmosphere we intend to foster at the event.”

Speaking to the Associated Press over the weekend, Buttigieg kept it classy and said, “I appreciated that [the] article was taken down. I don’t think it really reflects the New Republic that I know.”

When the AP reporter asked, “How do you respond this this question whether you’re gay enough?” The 2020 hopeful replied, “You know, there’s not gonna be an answer for everybody. The best way I’ve found to deal with that is to just be myself and let other people worry about whether it’s enough.”

As for Peck, he responded to the backlash by celebrating his birthday at the beach and then going out for dinner with some friends.