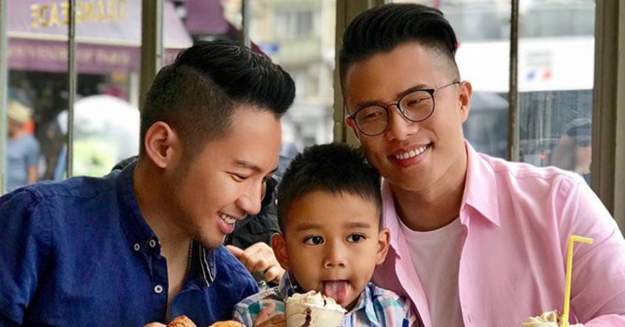 A new study by Italian scientists says that the psychological adjustment in children of same-sex parents is the same for kids of heterosexual parents.

Professor Roberto Baiocco, PhD, and several of his colleagues from Sapienza University of Rome have conducted a survey to see the difference in how children grow up depending on whether their parents are gay men, lesbian women, or a straight couple.

The Study, titled With Same-Sex or Different-Sex Parents, Child Outcomes Linked to Family Functioning, was published by Wolters Kluwer and appears in the Journal of Development & Behavioral Pediatrics.

After obtaining the participants, the scientists split them up into three groups which were categorized by “child characteristics.”

From there, parents were asked a series of questions based on their ability to act successfully as a parent (self-agency), extent of agreement/adjustment between parents, family functioning, and the child’s psychological adjustment which the scientists defined as their “strengths and difficulties.”

J. Maurice and Kenneth became dads through foster-adopt in March of last year. ?‍?‍?‍?❤️? This Philly foursome are loving being a forever family! “What we enjoy most about being dads is the way our sons call our names when we enter the home, and the goodbye kisses as they depart for school.” ??❤️? . . . #GayDads #LoveMakesAFamily #TwoDads #GayFamily #AdoptionRocks #ProudFamily #LGBTQFamily #GayDadFamily

The results of the study found that there was no major differences between the psychological adjustment of children in any of the groups of families, and scores were in the normal range for all.

In fact, the study found that children of same-sex parents had slightly fewer reported difficulties than children of heterosexual parents.

Plus, gay fathers especially showed some better indicators of family functioning than lesbian and straight couples. Professor Baiocco suggests that this may be because of the high level of commitment needed for gay men to become parents via surrogacy. He also noted that the gay fathers were older, economically better off, better educated, and had more stable relationships than the other two groups.

“The present study warns policy-makers against making assumptions on the basis of sexual orientation about people who are more suited than others to be parents or about people who should or should not be denied access to fertility treatments.”