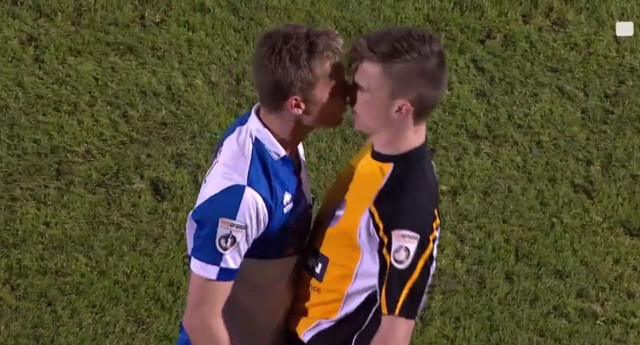 Stonewall Scotland has called for more allies after it found over 60 percent of supporters had witnessed homophobic behaviour in the last five years. The figure is nine percent higher than the national average.

The report also found that homophobia is greatest in football with over 80 percent of respondents witnessing anti-LGBT rhetoric and behaviour.

15 percent of fans said they would be embarrassed if their favourite sports star came out as gay. Just over half of people said they’d be proud.

Over 68 percent of people think more has to be done in order to make LGBT people feel accepted in sport. The figures among those who play sport were more encouraging with 79 percent happy to play with a bisexual teammate and 71 percent a transgender player.

Director of Stonewall Scotland, Colin MacFarlane, said most fans see anti-LGBT chants as a problem and want sport to be more welcoming.

“This minority of fans may think that anti-LGBT language is harmless banter, but such insults and abuse makes LGBT fans and players feel unsafe, unwelcome and unable to be themselves,” he said.

“We need all our clubs, coaches, PE teachers and sports personalities to take a stand as allies against this behaviour, and help make sport everyone’s game.

There are currently no openly LGBT players professional football, though Keegan Hirst and Sam Stanley play as openly gay players in rugby.