Unfortunately, according to The Daily News, the ad is only a pitch commercial for Tide’s manufacturer Proctor & Gamble. Ironically, the advertising company responsible for the 30-second spot, TinyGiant’s, came up with the idea in January and filmed it well before the Supreme Court ruling. The brilliant commercial, however, will not be airing on television. It can currently been seen online only via the director Mark Nickelsburg’s Vimeo and Facebook pages.

The easily identifiable tropes in the commercial speak to the communality of the homophobic and bigoted rhetoric reflected in the commercial. Kim Davis is only one of many religious conservatives that share the sentiment that gays are, “ruining the sanctity of marriage.” This is, of course, coming from people who themselves have trampled upon marriages sanctity with countless marriages, divorces, and extra-martial affairs.

Those facts aside, in 30 short seconds this commercial gets to the heart of the issue while interjecting a spot of levity in what is a painful, time consuming, and financially taxing situation for many couples. The national attention and support for the commercial should be a point of pride for the community at large. Let’s hope that the public outcry will inspire Proctor & Gamble and Tide to pick up the commercial and turn it into a national spot. No matter what your stance is on gay marriage, there is absolutely no arguing the fact that laugher really can be the best medicine. 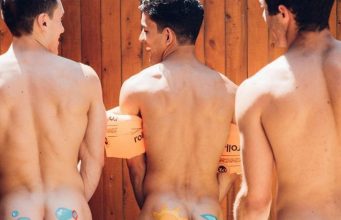