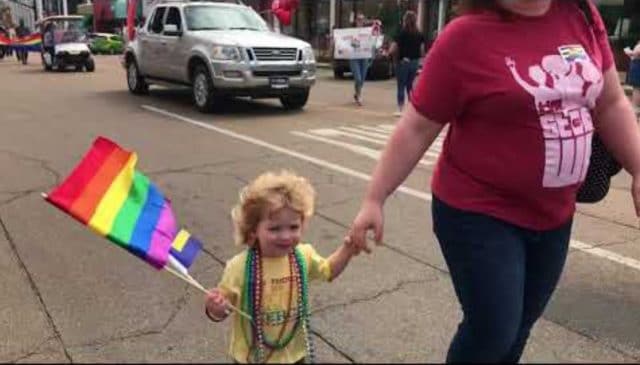 The Trump administration is expected to announce a new policy in early July making it easier for adoption agencies to reject same-sex couples, senior administration officials told Axios on Friday.

Axios reports that the administration is considering rescinding a rule implemented by Former President Obama that banned adoption and foster-care agencies from receiving federal funding if they refused to work with same-sex couples.

Religious organizations have complained that the Obama-era rule has forced them to contradict their beliefs.

Axios reports that the “debate is mainly about which approach would hold up better in court, the officials said. A religious exemption seems to have the upper hand for now, but that could change.”

The formal policy would come from the Health and Human Services Department’s Office of Civil Rights — which has been at the forefront of Trump’s broader effort to accommodate religious organizations and roll back nondiscrimination rules.

The director of that office, Roger Severino, would not directly address questions about the adoption policy during a brief interview, pointing instead to other actions his office has already taken.

Just this morning, OCR said it will scrap an Obama-era policy that says doctors can’t discriminate against transgender patients. (That policy had already been frozen by a federal judge.) It has also expanded health care workers’ legal right to refuse to perform services that violate their religious beliefs.

Also, it should be noted that Trump’s 2020 campaign has begun selling “LGBTQ for Trump” pride t-shirts.