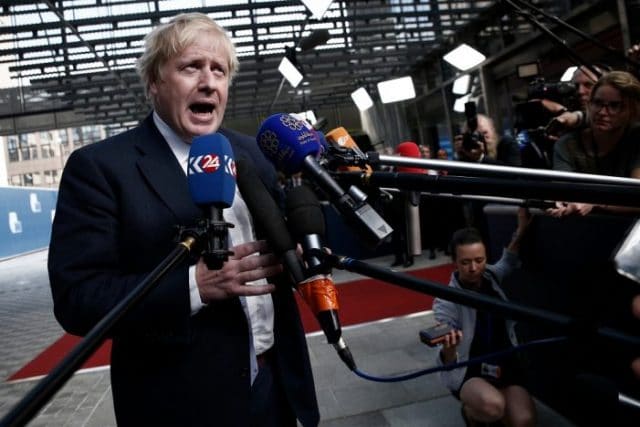 Boris Johnson just won the Conservative Party’s leadership contest and will be the new Prime Minister of the United Kingdom. But LGBTQ activists are already asking him for apologize for his long history of homophobic comments.

The organization LGBT+ Conservatives has called on Johnson to apologize for using the phrase “tank-topped bumboys” to insinuate that a political rival is gay in a 1998 Telegraph column.

“As a journalist he used some distinctly hurtful and unhelpful language, and that has dented the confidence of many in the LGBT community,” said Colm Howard-Lloyd, the chair of the organization. “I expect him to address that at an early opportunity.”

But Johnson’s homophobia wasn’t limited to that one column. In a 2000 column, he decried the idea of children learning about LGBTQ people.

“This British legislator is voting in favour of Labour’s appalling agenda, encouraging the teaching of homosexuality,” he wrote. “Where are the shrieks of protest?”

In his 2001 book Friends, Voters, Countrymen, he compared marriage equality to having sex with animals.

“If gay marriage was OK – and I was uncertain on the issue – then I saw no reason in principle why a union should not be consecrated between three men, as well as two men, or indeed three men and a dog.”

In another Telegraph column, he complained about the BBC offering partner benefits to same-sex couples, complete with scarequotes around the word “partner.”

“It must be a spoof. In my hand was a magazine from something called the BBC Resources Equal Opportunities Unit. There were letters from gays asking about their ‘partner’s’ right to a BBC pension.”

But about Johnson’s history of homophobic comments, Tatchell said, “There is no indication that he has any commitment to remedying the remaining injustices faced by LGBT+ people.”

Johnson has made controversial statements on a number of topics. During his leadership campaign, he responded to the controversies generally.

“If you’re going to excavate and disinter every single quotation from the millions of words I have written, you can of course try and twist things one way or another but I have a very proud record,” he said.