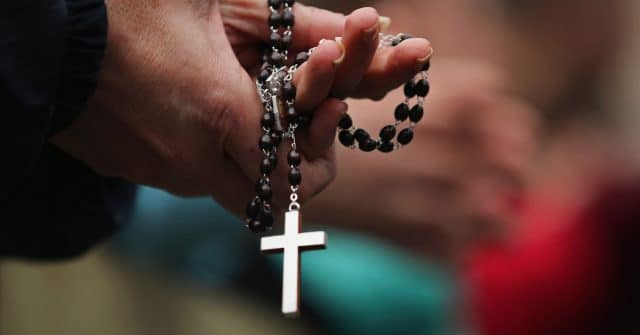 A document that rejects gender identity, which it describes as “a gradual process of denaturalisation,” was issued today (June 10) by the Vatican’s Congregation for Catholic Education.

The document, named “Male and Female He Created Them: Towards a path of dialogue on the question of gender in education,” has been released during Pride month and aims to “guide and support those who work in the education of young people” in relation to what it calls “educational crisis.”

The document states: “Gender theory (especially in its most radical forms) speaks of a gradual process of denaturalisation, that is a move away from nature.”

It also claims that “disorientation” regarding sex and gender “has undoubtedly helped to destabilise the family as an institution, bringing with it a tendency to cancel out the differences between men and women, presenting them instead as merely the product of historical and cultural conditioning.”

The Congregation for Catholic Education rejects the “ideas” of being transgender or intersex and insists on “the physiological complementarity of male-female sexual difference.”

However, the document claims the congregation wants to “train young people to be open and interested in the reality that surrounds them, capable of care and tenderness.”

The document was immediately criticised by LGBT+ catholics, who have said that it will contribute to violence against LGBT+ people.

Francis DeBernardo is the executive director of New Ways Ministry, a ministry of advocacy and justice for lesbian, gay, bisexual, and transgender Catholics.

He said in a statement: “The Vatican’s new document on gender identity, “Male and Female He Created Them,” is a harmful tool that will be used to oppress and harm not only transgender people, but lesbian, gay, bisexual people, too.”

DeBernardo said the document was “a gross misrepresentation of the lives of LGBT people which perpetuates and encourages hatred, bigotry, and violence against them.”

“The only truth that the document reveals is that the Vatican remains ill-equipped to discuss gender and sexuality in the modern world,” he continued.

“By ignoring new scientific understandings of gender identity, and by refusing to engage in dialogue with LGBT people about their lived experiences of self-understanding and faith, the Vatican remains in the dark ages, promoting a false teaching that relies on myth, rumour, and falsehoods.”