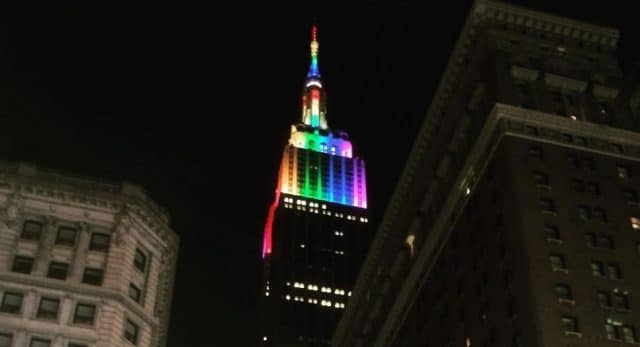 This month, more than a dozen structures—including iconic buildings like the Empire State Building and One World Trade Center—will be lighting up in rainbow colors in recognition of WorldPride and the 50th anniversary of the Stonewall Riots.

The city is expecting over four million international visitors to take part in the WorldPride celebration.

The city-wide pride display is a part of NYC and Company’s Project Rainbow, a marketing initiative led by the city’s official tourism organization.

“New York City is the birthplace of the modern LGBTQ rights movement and has played a significant role in the progress the global movement has made,” said Mayor Bill de Blasio in a statement. “Lighting our skyline will remind LGBTQ people around the world that New York City will always be a beacon of hope and a place to call home.”

According to 6sqft, the sites set to light up for Pride Month are: