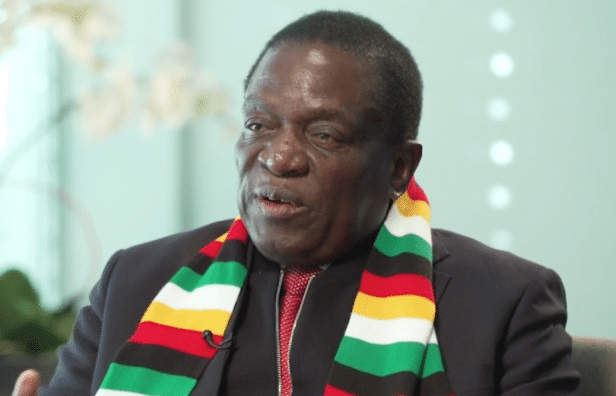 President Mugabe’s successor, Emmerson Mnangagwa says it is not his duty to do anything for LGBTI rights

The new President of Zimbabwe, Emmerson Mnangagwa, has dashed the hopes of local LGBTI advocates. He has stated that he has little intention of making life easier for LGBTI people in the country.

The new President took part in an interview with CNN in Davos, Switzerland. The Swiss town is currently playing host to the annual World Economic Forum. Leaders from all over the world are attending: US President Trump is due to arrive later today.

Mnangagwa told CNN’s Richard Quest of his determination to bring an end to corruption in his country. He said Zimbabwe is now ‘open for business.’

However, Quest then pressed him on whether he would do anything to advance LGBT rights in the country.

‘Those people who want it are the people who should canvass for it, but it’s not my duty to campaign for this.’

Asked specifically if he would end the country’s ban on gay sex, he replied: ‘In our constitution it is banned – and it is my duty to obey my constitution.’

Male same-sex sexual activity has been illegal in Zimbabwe since 1891. Robert Mugabe was notorious for his staunchly homophobic views. He called gay people ‘filthy’ and said the country would ‘never, never, never’ decriminalize homosexual relations.

Emmerson Mnangagwa took over from Mugabe in November, after rising to become leader of the ruling ZANU-PF party.

Edwin Sesange, African LGBTI rights advocate, told GSN, ‘It is time for President Mnangagwa to prove to ordinary Zimbabwean and the world at large that he is different from despotic Mugabe by vowing to protect all persons irrespective of their sexuality and gender.

‘The laws prohibiting same sex relationships are colonial hangover that should be abolished by independent countries. President Mnangwa should defend the right to non-discrimination as stipulated in the Zimbabwean constitution.’