Home Gay Life Newspaper Surprises Readers With Photo Of Shirtless Hunk On Article About An... 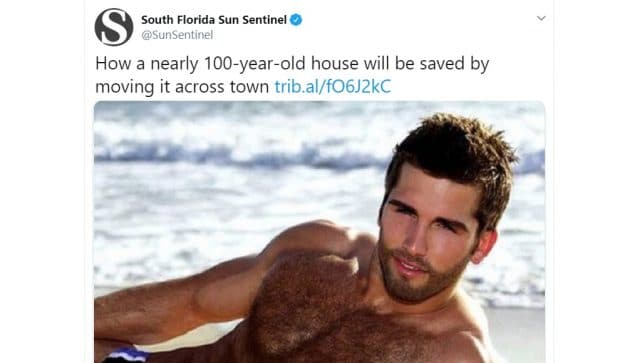 South Florida Sun-Sentinel readers got quite an eyeful early Sunday morning when the paper tweeted out an article about a 100-year-old house that included a photo of a speedo-clad hunk.

The photo of the shirtless model was mistakenly included in a tweet promoting an article, titled: “How a nearly 100-year-old house will be saved by moving it across town,” which also included a link to the wrong article.

In response to the mistake, the Sun-Sentinel tweeted: “Well, clearly this wasn’t how this tweet was supposed to go!”

Readers had a few laughs at the paper’s expense: