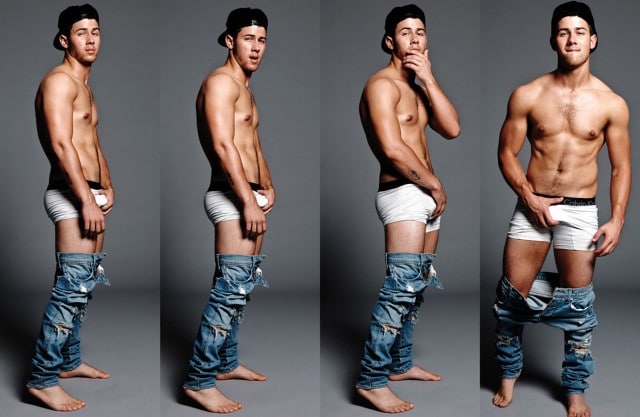 Nick Jonas has become a friendly name for the LGBT community, as he declared how much he loves his gay fans and enjoys spending time in gay bars. However, the singer does not label himself as a “cock tease,” at least, not yet.

“I’ve been pretty clear with my heart and my nature of just wanting to be as supportive of my gay fans as they’ve been of me,” Jonas revealed.

James Franco described himself as a “cock tease,” and we all know by now that Franco is gay in his artistic world. That does not apply for Jonas.

Nick Jonas: I'm Am Not a 'Gay Cock Tease' pic.twitter.com/CdW1tAgYOe

“So there’s definitely not any cock teasing going on. (Laughs) If anything I hope I can be a real ally for the LGBT community and I’m thrilled to be in a spot where I feel like there’s a lot of mutual love and respect.”

On TV, Jonas plays a gay character and he is aware that there will always be speculations about his sexuality. But how did he approach this issue?

“I think people are gonna make their assumptions regardless, you know?’ he revealed. “And I’m a heterosexual male who’s playing two gay actors on TV shows and really doing my best to be the most accepting and loving person I can be because I think that’s the way we all should be.

“So, if people have opinions or thoughts on my sexuality, that’s on them. I know who I am and I’m comfortable with who I am.”

For now, Jonas declares to just be supportive of the LGBT community, enjoying the company of his gay fans and friends, but clear about his sexuality.