Home Gay Life Nick Jonas Talks About The “Importance Of Sexuality” In Music And Those... 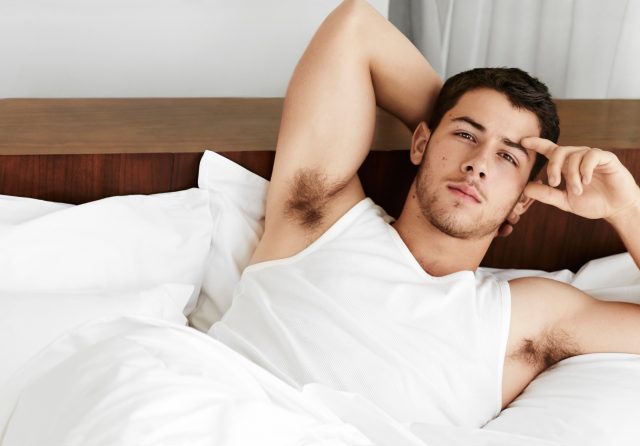 Whatever your take on Nick Jonas, there’s no denying he’s everywhere. In fact, he’s overexposed. On the heels of his film (Goat, opening today) and upcoming album (Last Year Was Complicated), he was most recently emblazoned on the cover of the newest issue of Wonderland magazine to promote his raft of products. In the accompanying interview, he manages to discuss his sexuality and his sometimes rocky relationship with the gay community. “Sexuality is important as an artist,” he declares. “To embrace it, and use it as ammunition in your creative life, and understanding that part of your life, and how it makes you feel.”

Later in the interview, he touches upon the criticism he’s faced for his support of the LGBTQ community and accusations of gay-baiting. “I’m totally aware of my intentions in and any and all of my attempts to be an ally to the gay community,” he says. “Starting in theatre growing into the performer I am today, I’ve made so many great friends belonging to the LGBT community . The positive impact is 10 times more important that the negative comments.”

Of which we’re about to receive quite a few.

Big thank you to @WonderlandMag for featuring me on your cover. Issue out now in the UK! See the whole story at wonderlandmagazine.com Photographer – @christianoita Groomer – @mnmachedo Stylist – @samsonstudio and wearing @luisaviaroma Production – @ericacornwall and @ollyw00d