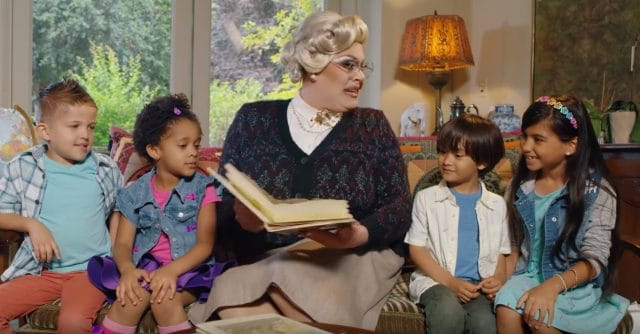 RuPaul’s Drag Race star Nina West has dropped a music video for track “Drag is Magic,” which teaches children about the art of drag.

Unveiled on Tuesday (May 21), the music video for lead track “Drag is Magic” is a far cry from many post-Drag Race records, with child-friendly content geared towards a younger audience.

On the track, Nina West explains: “Drag is dress-up for girls and boys/And it’s pretty hard to mess up.

“All you gotta do is imagine who you wanna be/And make it lovely or make it trash.

“You could sashay in a garbage bag/Baby, you could make it fashion.

“All you gotta do is trust yourself and believe.”

The album’s other tracks include “The Drag Alphabet”, “The Reading song” and “Go Big, Be Kind, Be You.”

Levitt runs The Nina West Foundation, which has raised more than $2 million to support LGBT+ organisations through fundraising and charity performances.

She added: “One of my dreams has been to engage a younger audience, queer parents, and parents of queer kids.

“There aren’t a lot of resources out there [for queer education], and I have a lot of gay friends who’ve adopted or straight friends who have children who are different in one way or another.

“It’s so up my alley, because I’m a Disney nerd… I want to fill that gap and be the drag queen who’s like Barney or Mrs. Doubtfire, doing stuff that’s family friendly.”

In a video earlier this month the Democratic lawmaker paid tribute to the drag artist.

She explained: “I don’t always get to watch Drag Race on Thursdays when it comes out, I have to catch up on the weekends because work is insane, and I just caught up and I am so sad.

“No spoilers, but but to the queen that went home this week, just know how important you are to the bigger picture, and I’m so proud of you and your fundamental kindness and goodness.

“I’m really looking forward to watching you grow. You’re amazing, and I’m sad, but I’m excited for you.”

The congresswoman also shared an article on Twitter in which Nina West talks about her philanthropy, having raised $2.5 million for LGBT+ causes.

She added: “Thank you for using your gifts to focus on voices + issues that deserve all the shine and elevation in the world.