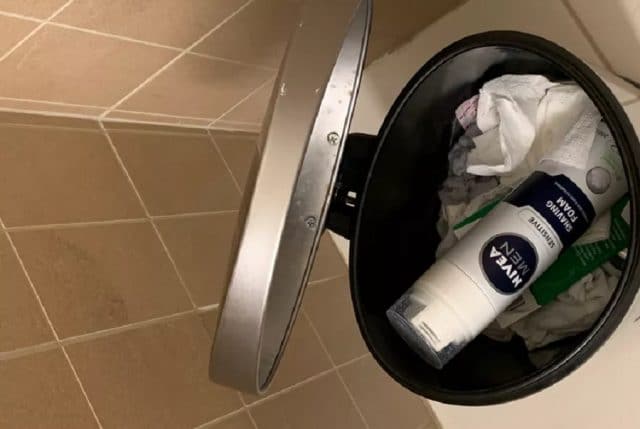 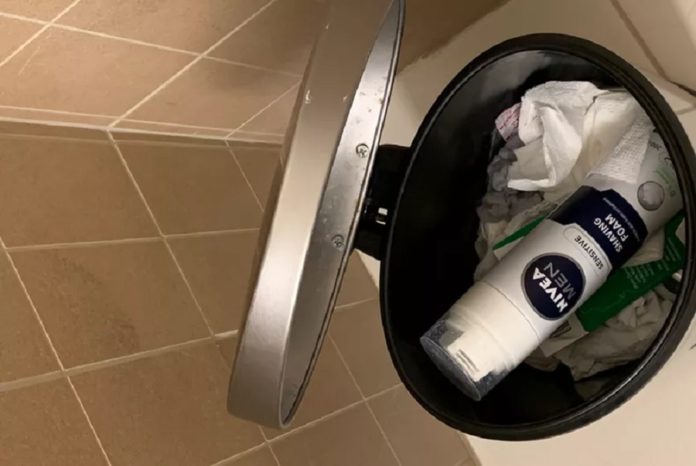 Well, just with pride month ending recently, there is a new company that shared their anti-gay remarks and it’s no one else than – Nivea.

Reportedly, during a phone meeting with FCB representatives, there was a concept of two men’s hands touching presented to them and one of the Nivea executives rejected it saying: “We don’t do gay at Nivea”. To be even worse, one of the members of the FCB creative team is gay.

FCB’s CEO did not make an official statement over it but told employees they would resign from the account when their contract expires at the end of this year.

Murray continued: “There comes a point in every long-term relationship when you reflect on what you’ve accomplished together and set your sails for where your journey will take you next, sometimes that journey ahead demands tough choices that lead down different paths.”

Nivea officials shared a statement after this saying: we don’t comment on unsubstantiated speculations” and proceeded in quoting their nondiscrimination policies.

Of course, this was not enough for people who received this news and many of them actually started boycotting the brand saying that they are shocked and outraged by their statement. 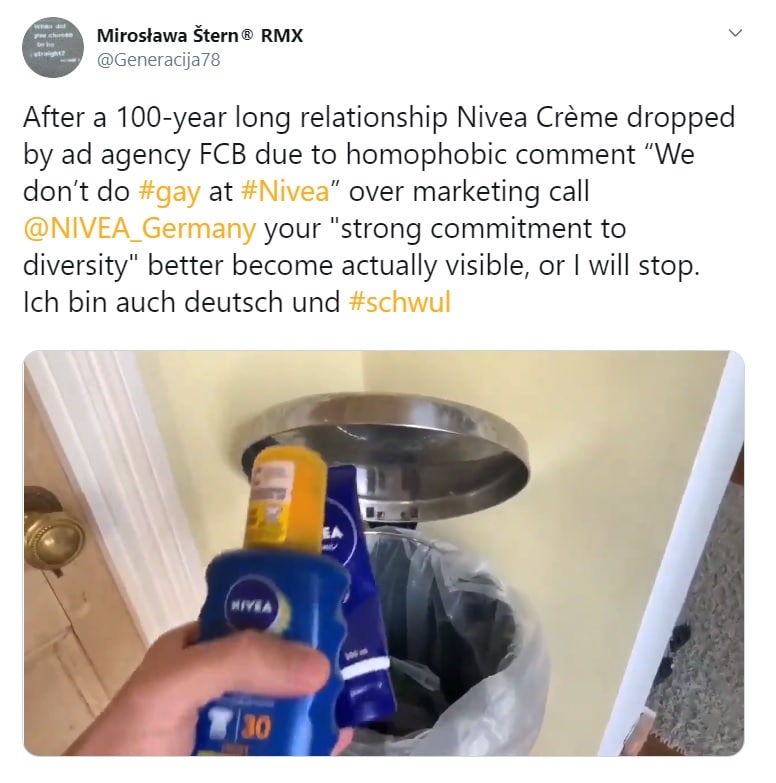 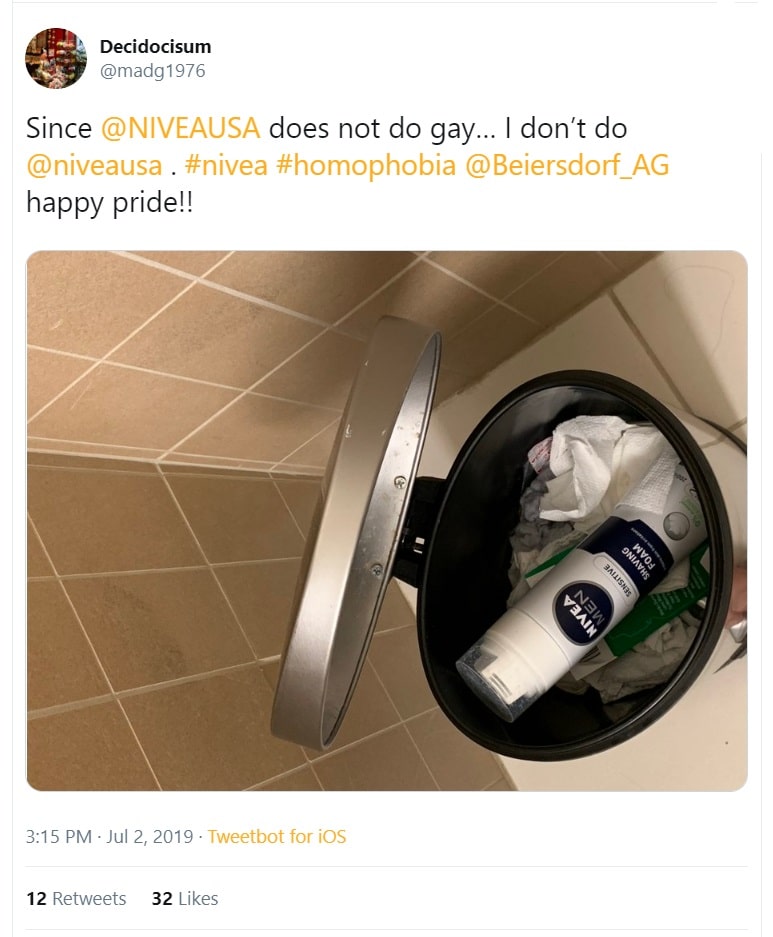 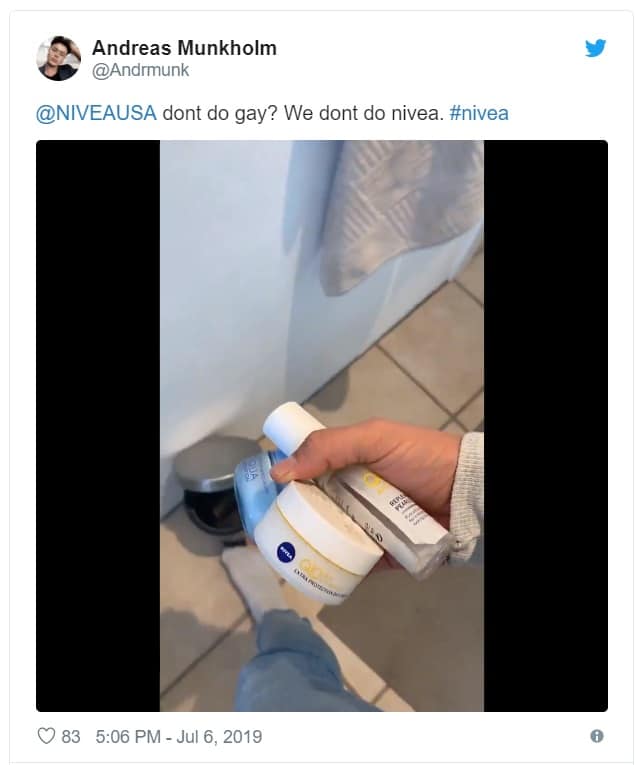 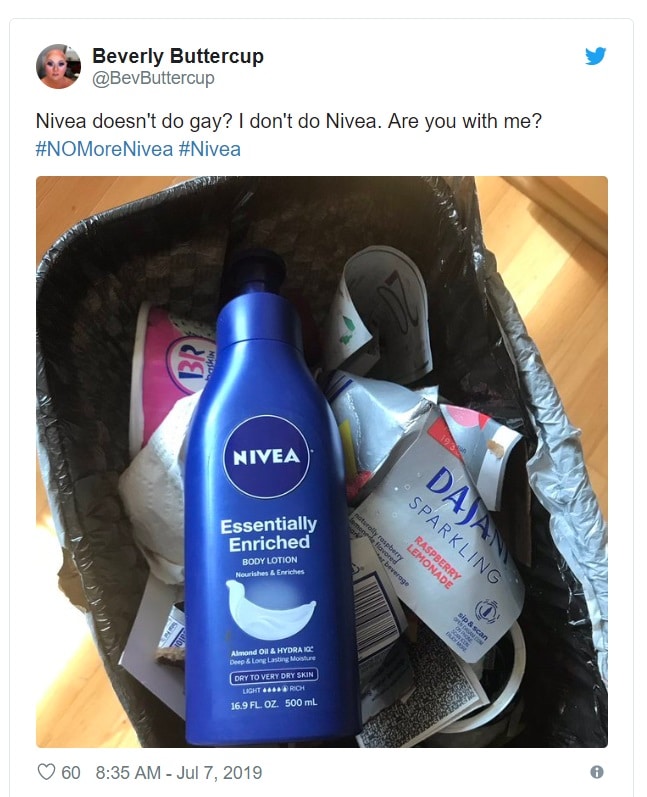 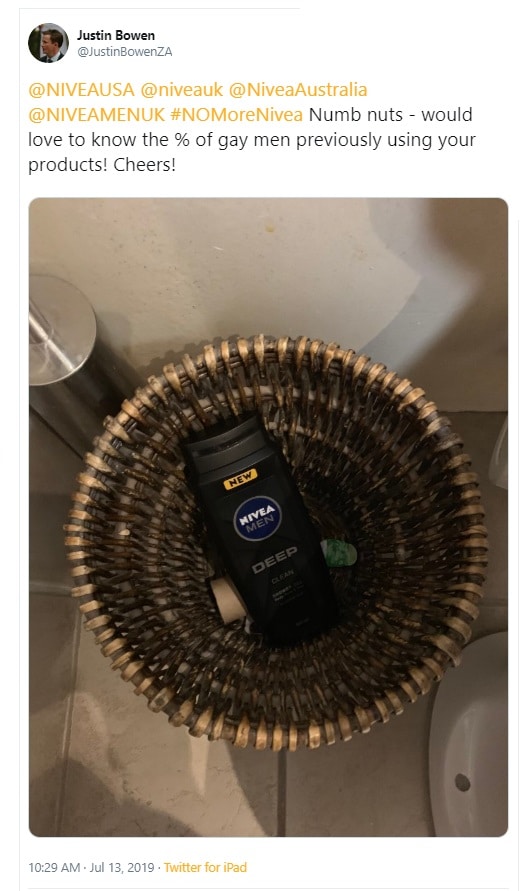