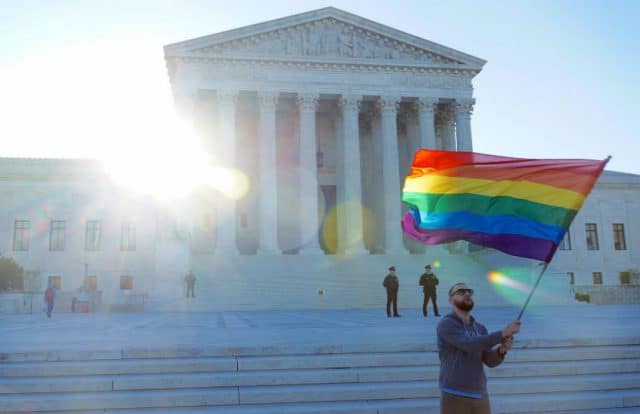 A bill banning same-sex marriage in the state of North Carolina is dead on arrival, according to a Republican House speaker.

The bill, known as the Uphold Historical Marriage Act, aims to bypass the nationwide right to same-sex marriage.

HB780 says: ‘Marriages between persons of the same gender [are] not valid.’

‘[It is] clear that laws concerning marriage are for each state to establish and maintain severally and independently,’ it said.

But House speaker Moore believes there are ‘strong constitutional concerns’ with the bill.

‘House Bill 780 will be referred to the House Rules Committee and will not be heard,’ he said.

‘We need more LGBT protections, not fewer,’ he said.

The bill effectively forces transgender people to use the bathroom that matches with the gender on their birth certificate.
The state suffered various boycotts from sporting associations, music artists and even state-sanctioned travel bans.

Governor Roy Cooper had hoped to repeal the law at the start of this year, but was unsuccessful.

He repealed it just a few weeks ago, in-part.

The replacement bill allows provisions of HB2 to remain in effect through 2020 and could push the possibility of full repeal out of reach, according to HRC.

The governor said he wanted a full HB2 repeal but ‘this is the best deal we could get.’

The amended bill has been slammed by LGBTI groups for it’s blatant anti-trans discrimination.

At the start of this year, the bill cost the state more than $560 million, reports Facing South.