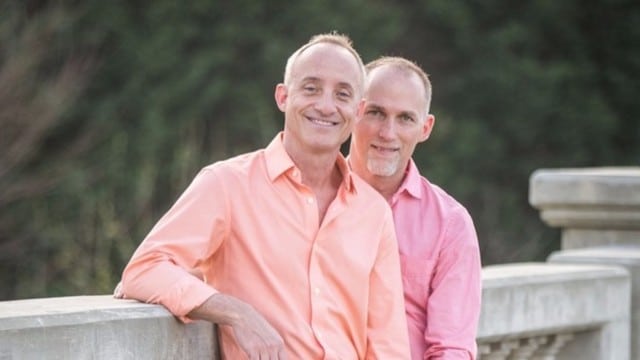 Bishop Melvin Talbert and Pastor Val Rosenquist of United Methodist Church (UMC) have officiated the ceremony of a gay couple although they know the church won’t agree.

The bishop and the pastor married John Romano and Jim Wilborne, both 52, in an official ceremony on Saturday. Their act comes as a statement of disagreement with the anti-gay practices of the Church.

“I have to make a choice between my church and God, and I am choosing God,” the bishop explained, saying that policies of banning clergy members to perform same-sex weddings “are immoral, unjust, and oppressive, and they should no longer deserve our loyalty and support.”
“Discrimination is discrimination no matter where it is,” he added. “It was race discrimination then, and it is discrimination based on sexual orientation now,” Talbert added.

Talbert does not fear the consequences, he fully supports the LGBT community and thinks that he made the right decision.

“It’s time to make a stand. I am willing to face whatever consequences I encounter. I am totally at peace with this decision.”

In 1960’s, Talbert participated at the sit-ins in Atlanta with Martin Luther King Jr., and was arrested. He linked the protests at the time with the marriage rights saying that the service “is an act of civil disobedience. The only difference is we are giving it another name in calling it biblical obedience.”