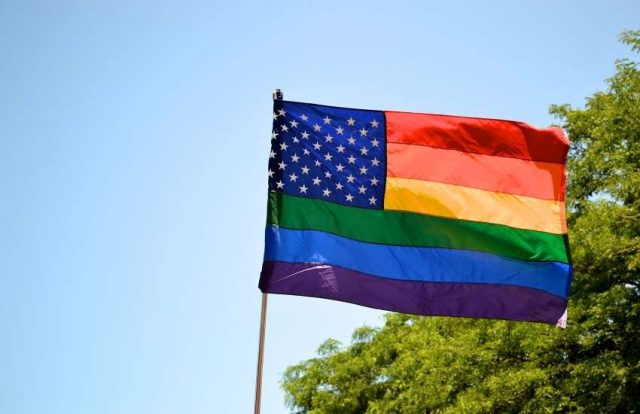 Teachers at Central Park School for Children in Durham, North Carolina invited drag queens to perform at the middle school on Monday, 13 May.

Eighth-grade teacher Taylor Schmidt and his colleague Schara Brooks saw first-hand the impact bullying was having on LGBTI students at their school. In fact, some students transferred out of the school because of their negative experiences.

To remedy the situation, the two educators pitched this school-wide event back in December. The duo invited some local drag queens to help the students celebrate their unique differences.

‘Our drive was to remove barriers to success, belonging and the ability to thrive for all students,’ Schmidt told CNN. ‘It called for a hard look at the roots of these behaviors and intentional actions to liberate not just the bullied from oppressive acts, but the bully from the oppressive root causes of their actions.’

The Pride and Liberation Event featured local drag talent Vivica C. Coxx and Stormie Daie of the House of Coxx, two social activists and queens of color. The event lasted two hours and included a drag show, a performance by the school’s step team, and a panel with a city council member.

Schmidt described the event as a partnership, but followed the lead of the two performers.

‘They have been the ones sticking their neck out for years to do this kind of work on behalf of the community,’ he said. ‘They create spaces that are free for everyone by fully recognizing every aspect of identity.’

The House of Coxx has been working on social issues in the Durham area for years. They often are asked to do community events on the topics of racial equality and social justice. However, for Vivica and Stormie, the idea of visiting a middle school was new.

Both performers opened up to the students, sharing their own personal experiences of not feeling accepted in middle school. They believe it’s important to celebrate everyone’s unique differences, and that middle school is the perfect time to start.

‘I thought they must be feeling so empowered to see someone being themselves on stage,’ Vivica said of the students. ‘Visibility matters, and seeing a queer person of color on stage saying “this is me” has an impact that no one can really measure.’

Stormie hoped the children will take the experience to heart. ‘You hope that the children listen to this,’ she said. ‘So that they know we didn’t have this when we were growing up. We weren’t seeing people like us being celebrated.’

According to Vivica, the school was very intentional about the message of the event.

‘Central Park didn’t water it down, but they made it age-appropriate to give a depth to social justice and activism, which is the core of the queer experience.’

Afterwards, the two queens met with the students and bonded with them.

‘It was so beautiful and so well received,’ Vivica said. ‘I am still overwhelmed. It was ridiculously good.’

‘This event felt extremely important to me as a student and as a member of the LGBT community,’ said eighth-grader Katya. ‘I am so proud of my school for making such huge steps to make Central Park a safe, intersectional space. There have been many places I feel that I don’t belong and this celebration has helped to make Central Park not one of them.’

Schmidt says he hopes other schools follow Central Park’s lead and host their own Pride and Liberation Events.

‘If schools are nervous about doing the work of Pride and Liberation, we get it. But what to us seems daring, to our LGBTQ+ students could be lifesaving. Public school educators ultimately teach for liberation – that’s the job.’

These LGBTI students got naked to talk about their body