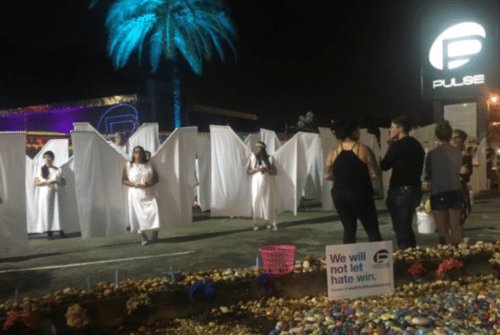 As family and friends of Pulse shooting victims and survivors of that deadly attack gathered to remember the 49 lives lost, they were not alone. A group of 49 people dressed as angels formed a protective circle around that private service, just as they had in the wake of the massacre at the Orlando LGBTQ night club.

It was the first in a series of services marking the one year anniversary of the deadliest terror attack on U.S. soil since the attacks of 9/11. On June 12, 2016, Omar Mateen entered the club and began shooting patrons of Pulse’s Latin Night at 2:02 am. He later pledged allegiance to ISIS, though some have questioned whether he was motivated by Islamic extremism.

Survivor Ramses Tinoco told the Orlando Sentinel that the private service, which began at 1:45 am, was a healing experience.

“It’s totally different now. It’s like all the terrifying and awful memories I had have been replaced with tonight, with this unity and all this love,” Tinoco said. “We’re all still grieving but this gave me some closure. I could smile and remember the 49.”

On a stage awash in rainbow lights, a string quartet played as 49 purple hearts bearing the victims names shone one wall of the club.

Outside the mural-adorned wall, members of the public gathered to pay their respects and listen to the service.

“What you have endured in the past year seems like something only you can understand,” Pulse owner Barbara Poma said to the survivors and family and friends of the 49 killed and 68 wounded. “Except here tonight, you are surrounded by hundreds of others who are like you.”

And, like others who have mourned the senseless loss of LGBTQ lives, they too are being watched over by “angels.”

Watch a local news report about the service below.

"People dressed as angels walked through the parking lot and surrounded [Pulse]," one year after mass shooting: https://t.co/fesybhMYD4 pic.twitter.com/rHpKGoMmIz 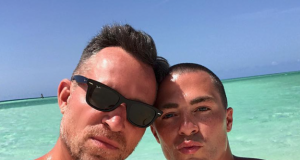 Nick Gayer
0
By now you've heard that Colton Haynes and Jeff Leatham married in a beautiful, star-studded ceremony in Palm Springs. And now, the happy newlyweds are... 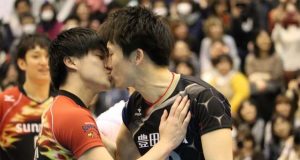 Nick Gayer
0
Could all fights between sportsmen end this way? A fight broke out between two male volleyball stars ended in a perfect way – with a... 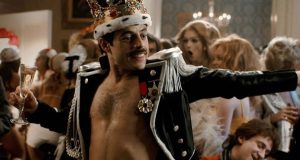