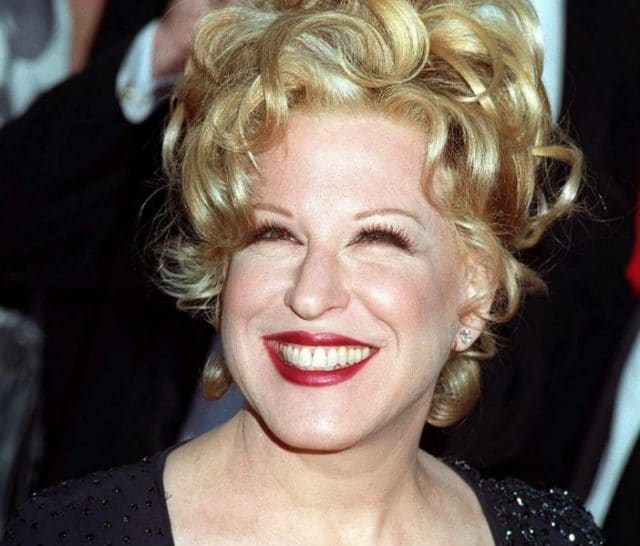 Midler posted a meme with a fake quote attributed to Trump, where he supposedly insulted Republicans in 1998 by telling People, “They’re the dumbest group of voters in the country…. I could lie and they’d still eat it up.”

Trump never actually said that, but the meme has been appearing on social media since 2015.

Midler, after posting it, apologized: “I apologize; this quote turns out to be a fake from way back in ‘15-16. Don’t know how I missed it, but it sounds SO much like him that I believed it was true!”

I apologize; this quote turns out to be a fake from way back in ‘15-16. Don’t know how I missed it, but it sounds SO much like him that I believed it was true! Fact Check: Did Trump say in ’98 Republicans are dumb? https://t.co/NY9s6V49el via @rgj

She also posted a link to a fact check website that showed that it wasn’t a real quote. Editors at People searched “exhaustively” for it when it surfaced as a meme, but “couldn’t find anything remotely like” it and couldn’t even find an interview with Trump in 1998.

Trump responded to Midler’s tweet in his usual calm and controlled style: he called her a “washed up psycho” and “a sick scammer” who was “forced to apologize.”

Washed up psycho @BetteMidler was forced to apologize for a statement she attributed to me that turned out to be totally fabricated by her in order to make “your great president” look really bad. She got caught, just like the Fake News Media gets caught. A sick scammer!

But Miss M got the last laugh, pointing out that it’s hard for anyone to keep up in a post-truth world, one which Trump has been working hard to create.

Yes, one must always check the quotes. That should take up, oh, maybe 23 of the 24 hours in the day? Because there are SO MANY LIES, most of them generated by Trump himself, that the task of separating the truth from the lies is impossible. Which is just how he likes it. #CHAOS

And she didn’t stop there.

I have to say, t sounded so much like “All Mexicans are rapists” and “I’m the greatest Predident” that I bought it! I think we should investigate who created that tweet! They really captured his tone and his personality! What a textual impersonation!!

Trump said he was greeted by thousands in the UK, but they were actually thousands of protesters. How does he always hear the opposite of the truth? Donald, if you’re reading this you SHOULD NOT slam your dick in a door!

Queen Elizabeth gave Trump #WinstonChurchill’s copy of a rare book. Even more rare? The chance that Trump would actually read it, or ANY book.