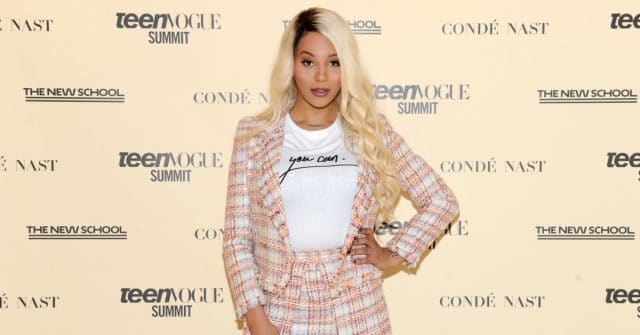 The NSPCC’s decision to cut ties with Munroe Bergdorf following social-media criticism of her appointment as Childline’s first LGBT+ campaigner has been condemned by its own staff.

In a letter signed by 148 people, members of the charity’s staff spoke of their “embarrassment and shame” and condemned the decision to drop Bergdorf.

“We are deeply disappointed about the treatment of Munroe by the organisation. In particular, we are concerned at the NSPCC’s decision to replicate the experience that many trans children and adults experience in being subjected to abuse and ridicule and subsequently abandoned,” said the letter, which was sent on June 10, according to The Guardian.

The employees said the atmosphere in the NSPCC office’s is “sombre” following the NSPCC board’s decision to stop working with Bergdorf.

They also said they were alarmed that the NSPCC’s statement failed to outline the reasons for their decision and failed to “express solidarity with Munroe in the face of significant online abuse.”

Childline cut ties with Bergdorf, 31, on June 8, two days after she announced she was to become their first LGBT+ campaigner.

The decision came after a Twitter campaign that called the move “dangerous.”

Posting on Twitter, Bergdorf said the campaign was started by Janice Turner, a journalist from The Times who asked the charity if the partnership was “worth the cancelled direct debits.”

Turner has previously been criticised for her role in “whipping up inflammatory prejudice against transgender people.”

“This Pride Month, Childline had the opportunity to lead by example and stand up for the trans community, not bow down to anti-LGBT hate and overt transphobia,” Bergdorf said.

In a BBC interview on June 11, Bergdorf said that she had warned the NSPCC to expect some pushback following news of her appointment and blamed transphobia for their decision.

“I called Childline days before this happened and I said: ‘Guys, you’re probably going to get some pushback,’” Bergdorf said.

“They were like: ‘Don’t worry, everything’s fine, we’re fully prepared and we knew what we were getting into when we asked you to be on board.’”

Bergdorf has accused the NSPCC, which runs Childline, of “bowing down to pressure from a transphobic lobby” and Times journalist Janice Turner of launching “a hate campaign on Twitter.”

In the letter, the NSPCC staff said the fact that this happened during Pride month was “the worst possible timing”.

“We are worried about how we show our support for young people at Pride,” they said. “This reflects on us. The decision of our trustees reflects on us, but it’s an inaccurate impression.”